Men's Circles - A 2020 Guide Covering Everything You Need To Know! - MensGroup.com

Men’s Circles – A 2020 Guide Covering Everything You Need To Know!

Since you’re here, it’s safe to assume that you are curious about men’s circles. You may be interested in learning more about men’s circles including how they work and why they exist. You may have even asked yourself, what is a men’s group? If so, we are happy to help answer any questions you may have and we hope to cover a lot of these questions in this post.

We’ve been facilitating in-person and online men’s groups for the past 10+ years, so buckle up because you’re about to get schooled on all things guy’s circles.

First, What Is The Point Of A Men’s Circle?

A lot of people are confused about why men’s groups exist? What is the point? The answer is simple.

Society has been pushing men towards a subtle, unique type of emotional isolation. Men don’t feel comfortable talking about their lives or how they feel about things that are happening. Even guys that are self-aware and more open-minded have trouble sharing in this way.

This may sound like you. If so please know that it’s no fault of your own! Guys have had “don’t talk about it” beaten into their psyches over generations. So most guys go through life without ever having the opportunity to talk about what’s happening or how they feel. 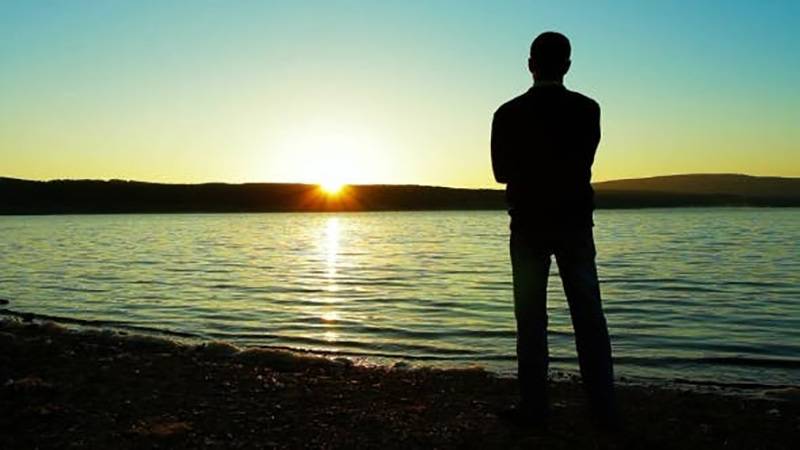 And this becomes a problem because when a guy faces the unavoidable adversities of life, they realize that they don’t have many healthy outlets. This creates a lot of pressure so the guys eventually burn out, blow up or meltdown.

Even the strongest men out there hit tough times and struggle to cope. You would never know because they keep it private, but it’s real. The stats show that anxiety, depression, overwhelm, paralysis and self-doubt plague some of our best men out there.

Instead of that route, lots of men choose to meet in private where they won’t be scrutinized for being honest, emotional or supportive with one another. This is why so many men choose to join a men’s support group.

How Does A Men’s Circle Work?

It works a lot like it sounds – men sit in a circle and talk about life.

The men will arrive at the meeting room. Typically it’s in a closed space – not a restaurant or something where discussions can be overheard.

We then sit in the circle and the guys will chat about whatever before the meeting begins. Once the meeting starts, the facilitator will get everyone’s attention and will introduce himself to the group. He will also explain what you’re all doing there and lay out the rules for the meeting.

Then the group members will give personal updates one by one. Around the circle, each guy will have the opportunity to say “this is what happened since the last meeting. Here’s how I’m feeling about it.” The group mates respond with empathy and may ask clarifying questions.

Then the men’s circle moves onto the “hot seat” portion of the men’s group meeting, where each guy in the circle will have the opportunity to share an issue or opportunity he is facing and receive empathy, feedback, and guidance from the other guys in the group. These conversations are engaging, moving and highly impactful for everyone involved – even those who are just listening in. 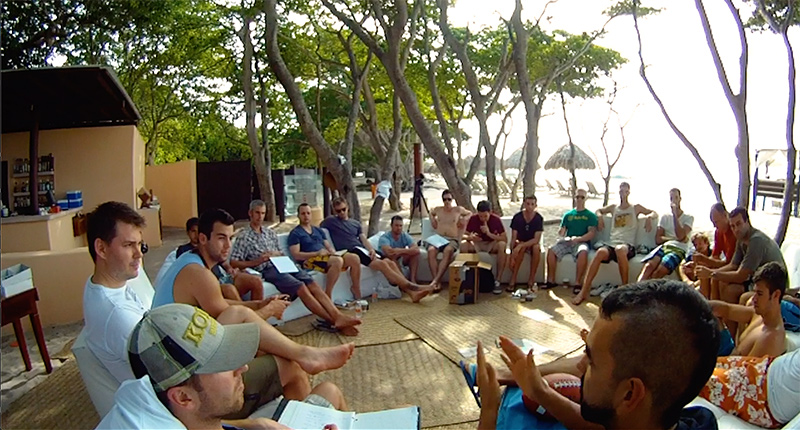 This consumes the majority of the meeting time with some guys diving into sensitive matters such as relationships, health, wealth, career and more.

The meeting then wraps up and guys express their gratitude. After the men’s circle meeting the guys will typically then hang around and chat, often following up on specific things from the meeting.

All men’s circles typically share the same purpose. Every guy learning how to start or facilitate a men’s group starts out with a similar mission: to support guys in their growth. That being said, there are many different approaches to running men’s group circle meetings. They include:

Each type of men’s circle typically attracts other guys like them.

What Kinds Of Men Are In Men’s Circles?

Guys from all walks of life. Businessmen, public servants, celebrities, janitors, artists, and athletes; it really is all kinds of men.

Yet there is a common spirit and approach to life that is embodied by the men you’ll find in a men’s circle. The guys are keen to learn and grow. They naturally desire to contribute to others. They are at a point in their lives where they desire change and growth.

And throughout history, many of the most prominent people of our time – I’m talking pro athletes, celebrities and successful businessmen – all had a men’s circle quietly supporting them behind the scenes.

They called them different things – such as men’s groups, brain trusts, masterminds or growth groups. I have one friend in a men’s group that calls themselves the “circle jerks” (a pun).

No matter who is gathering in a circle, how they run it (virtual men’s group or in-person) or what they call it, at the end of the day it’s all the same thing, just normal men getting tougher to support each other through challenges and opportunities in life.

Over the last few years, online men’s circles have become increasingly popular with many articles and media pieces popping up. Many men can’t make it to weekend retreats or even regularly commute to in-person men’s group meetings. They’re too busy, they have family and work commitments and it can be too expensive to fly somewhere for a retreat. Enter technology.

Online men’s circles allow many men to join that couldn’t otherwise be able to. The online circles are just so damn convenient. Via a video conferencing platform like Zoom – what we use here at MensGroup – you can attend from anywhere, even from your house. And a lot of the guys like them because they are more anonymous – they won’t bump into people from their men’s circle on the street in their home town.

The only real downside to the virtual format is there is a little less sparkle online than in-person meetings. In-person you can feel the person’s energy in the room as they talk. Less so over video conference. But the guys will tell you that when a man starts sharing something deeply personal, it doesn’t matter that it’s an online men’s group. The men’s circle is engaging, moving and highly impactful.

At the end of the day, men seem to feel that the benefits of the online men’s circles outweigh the downsides.

Accordingly, the topics are as diverse as the situations that guys face and the topics will change for each man week to week as life fluctuates.

That being said, the most common men’s circle topics are:

Last month one man was facing a divorce. His relationship was falling apart and he just needed a confidential place to talk things through, get stuff off of his chest and get advice on how to manage the intense situation.

Another guy in our men’s support group expressed that he was experiencing conflicts with his staff at work. He wanted to hear how other men handled similar disagreements.

A man in the circle had just sold his company and come into a lot of money. He didn’t know what to do next and felt insecure about people knowing about his wealth.

In the last example, one guy was having a tough time controlling his emotions, specifically anger. He was feeling angry and overloaded and caught himself taking things out on his loved ones; his partner and kids. He wanted to talk through his feelings to better understand where they come from and what he can do to manage them better.

And the coolest part? We’ve found that the matters being discussed often are useful for the entire group because they always fall into those same categories of life that we all eventually face – health, wealth, emotions, work and relationships.

How Can A Men’s Circle Improve Your Life?

In general, men’s groups have been studied a great deal and the results are always the same. In summary, peer support groups help people grow faster and experience more wellbeing. 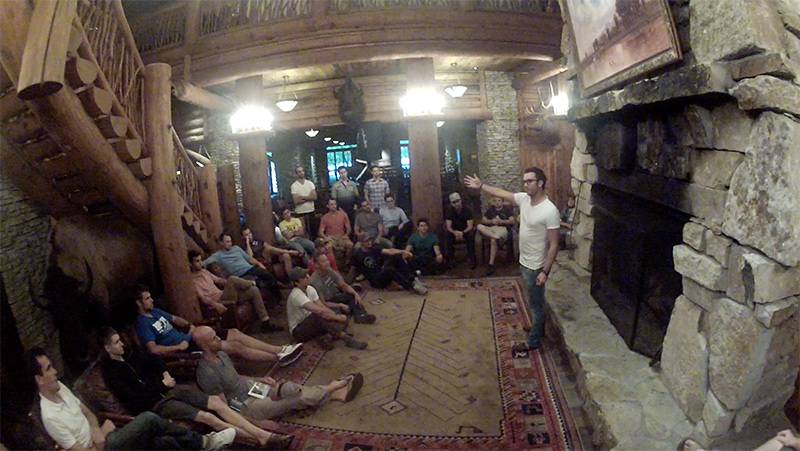 Across the board it seems like men’s circles lead to the following:

And there are more. You’ll just have to check out a men’s group somewhere to see for yourself.

How To Get Started In A Men’s Circle?

Like with most things in life, the best way to get started is to just try out some men’s support groups. Do a Goole search and see which men’s circles come up in your area. Give a few online men’s circle meetings a shot to see how that feels. There are lots of organizations out there running a wide variety of men’s groups.  Barak Obama has a men’s group as well. Or if you don’t find something you like, you can use our guide for how to start a men’s group to start your own group.

You could give one of our online men’s circles a shot here at men’s group. It’s free to sign up and give it a shot.

There really isn’t any downside at all, only the opportunity to tap into a supportive community of men like you who are interested in becoming even better men.