He spent his 20s pursuing his dreams as a professional DJ and serial entrepreneur. He lived in Mexico for 5 years where he learned Spanish and surfed every day. From the outside it looked like he was living a dream life. In reality, along the way he faced:

These adversities gave him depth and molded him into an ideal facilitator of men’s circles. This made him value community and meaningful conversations.

Before MensGroup, Sean founded The Brotherhood, a men’s group for entrepreneurs that focused on adventure trips.

Sean Galla In The Media

Over the years, Sean has been featured in the following:

I always believed that self improvement didn’t have to be stuffy or serious.

Yes I wanted to grow as a man. Yes I thought that being a part of men’s groups were the most efficient way to do that. But I also realized that we could have some fun along the way.

Men’s groups didn’t have to be held in a stuffy conference room or involve stereotypical men’s group stuff. We could just get together the guys over an adventure activity or a video conference and just share what we’re facing in life.

I hope you enjoy a few photo highlights from my 10+ year career of running men’s groups: 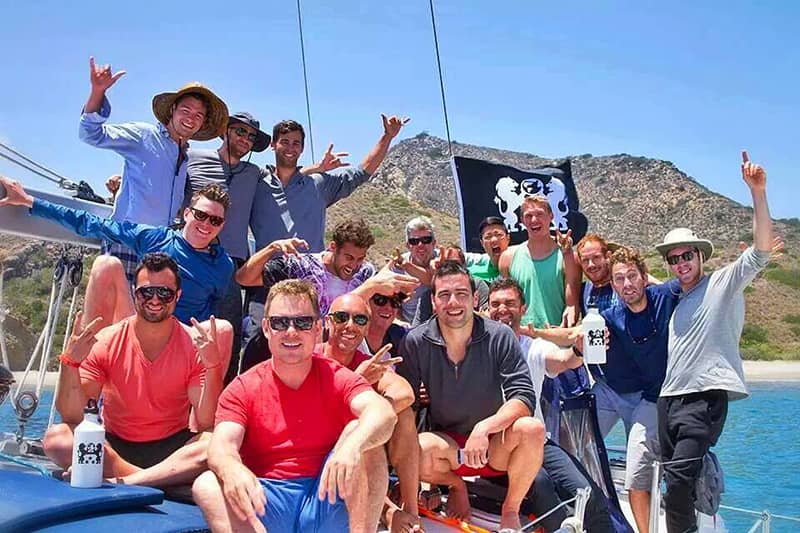 The first big men’s circles I lead: 43 guys! We were on a ski trip. 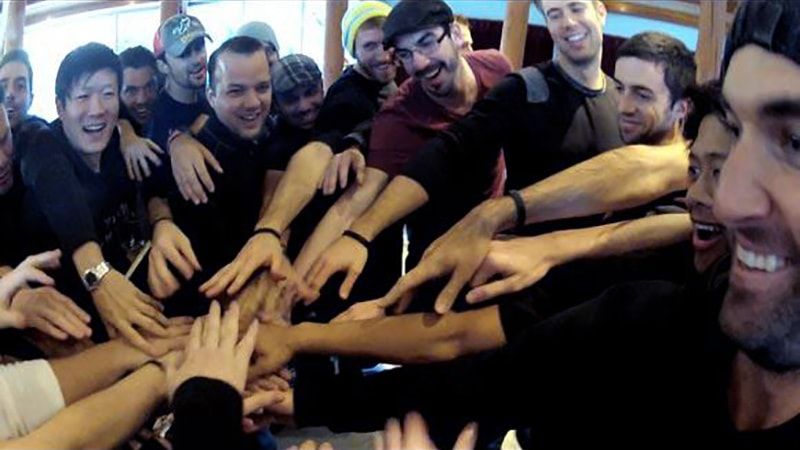 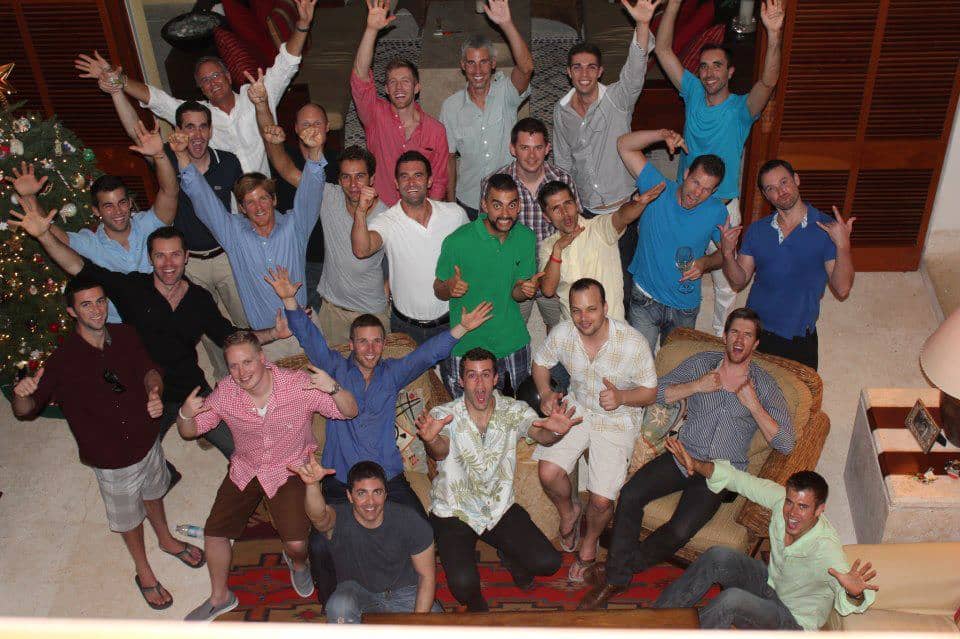 A men’s circle in NYC 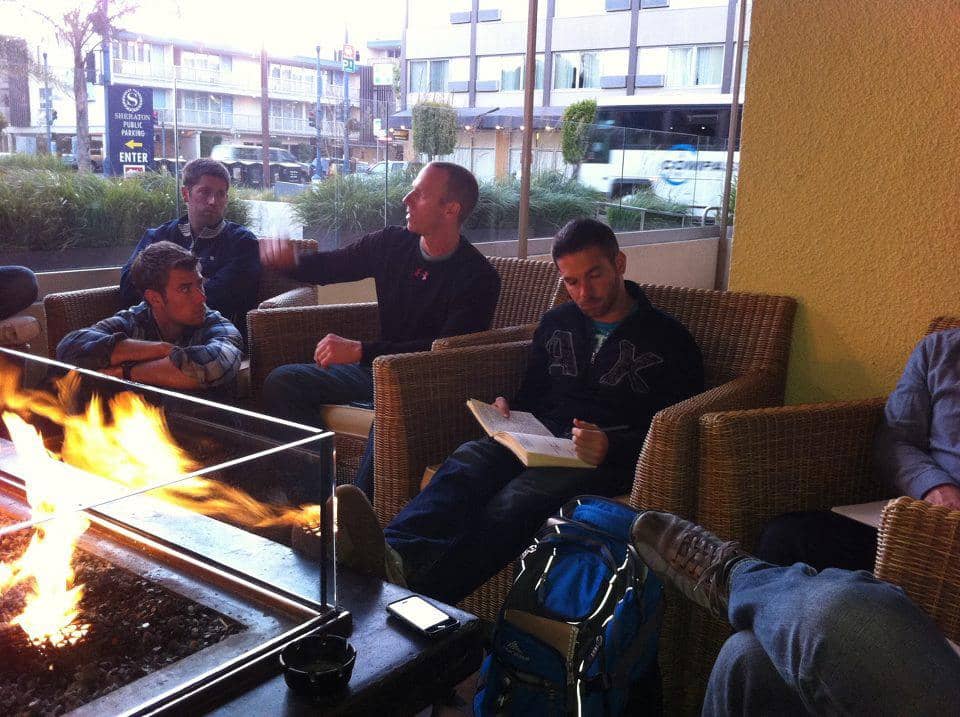 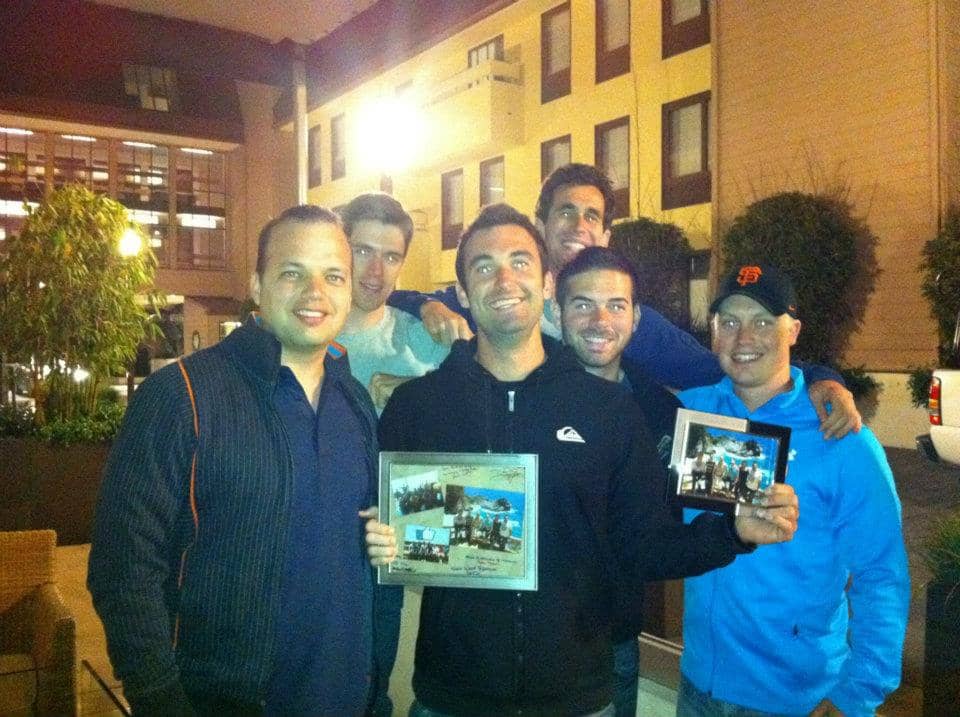 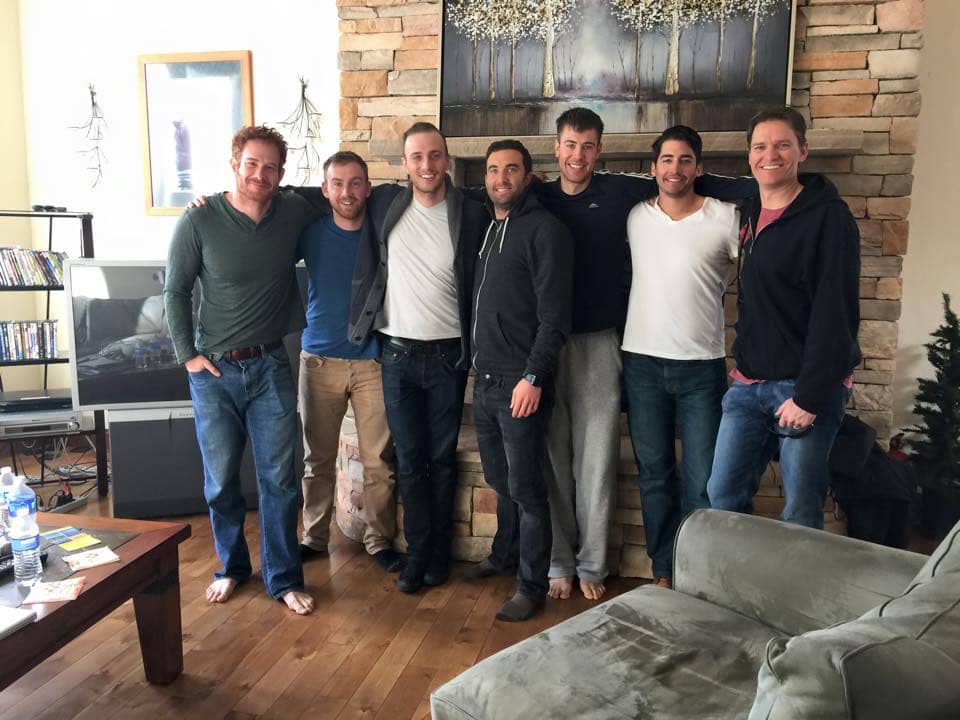 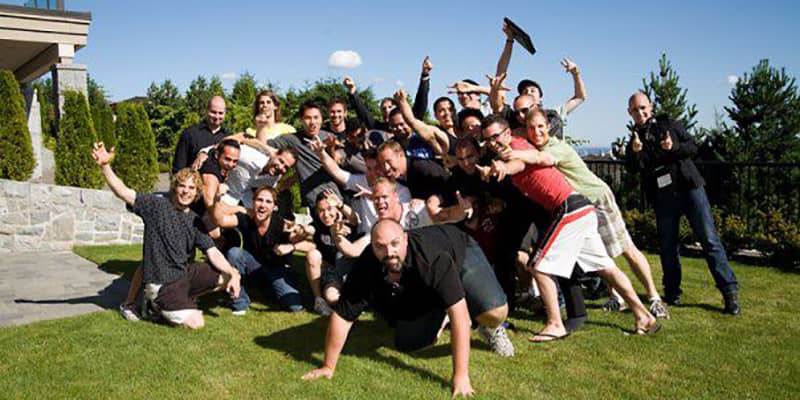 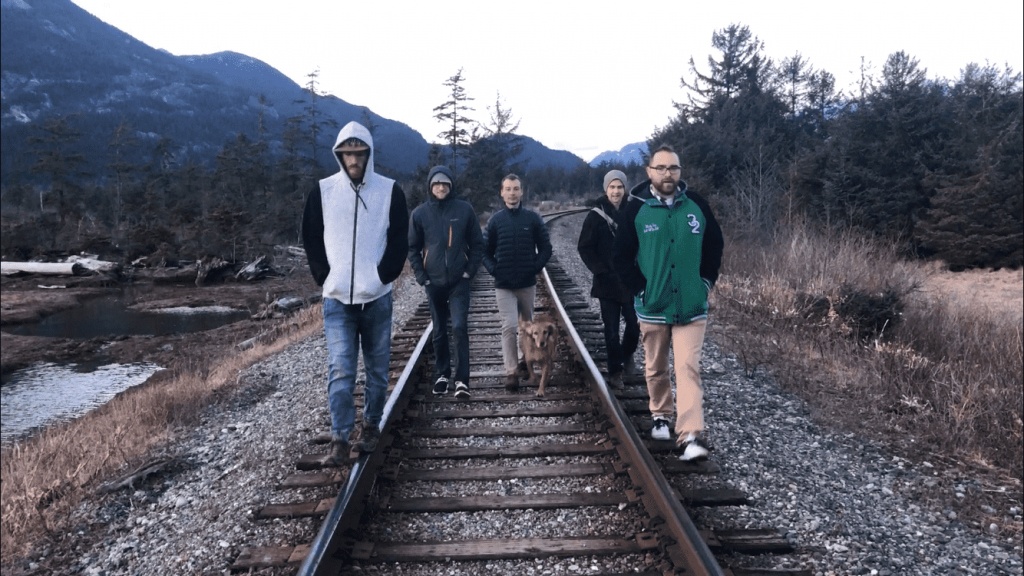 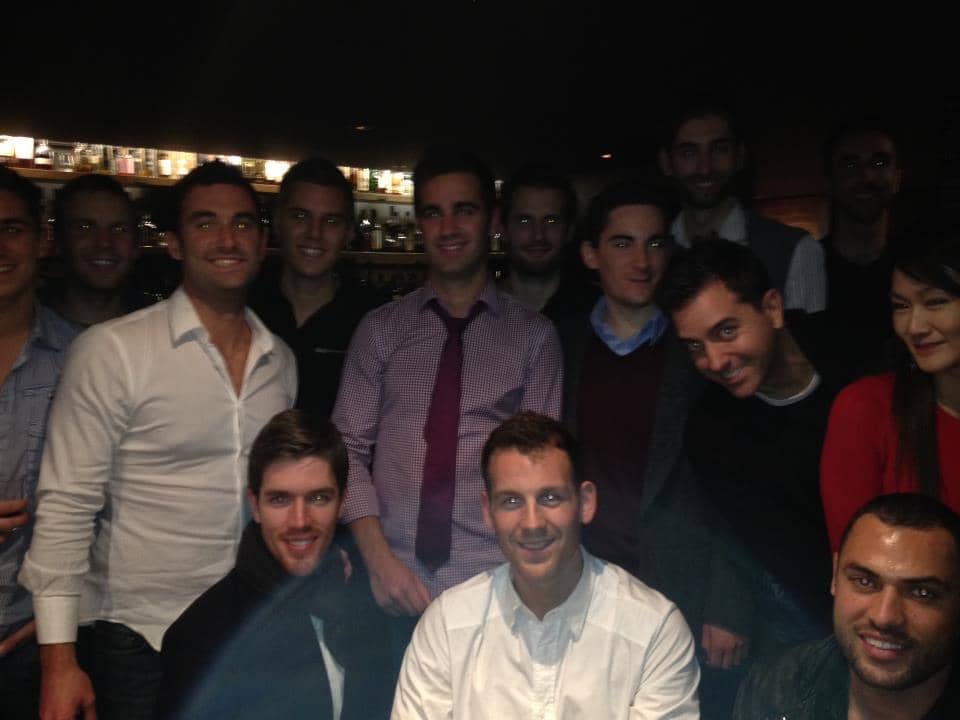 The first meeting of my men’s group (someone brought their wife)!-min 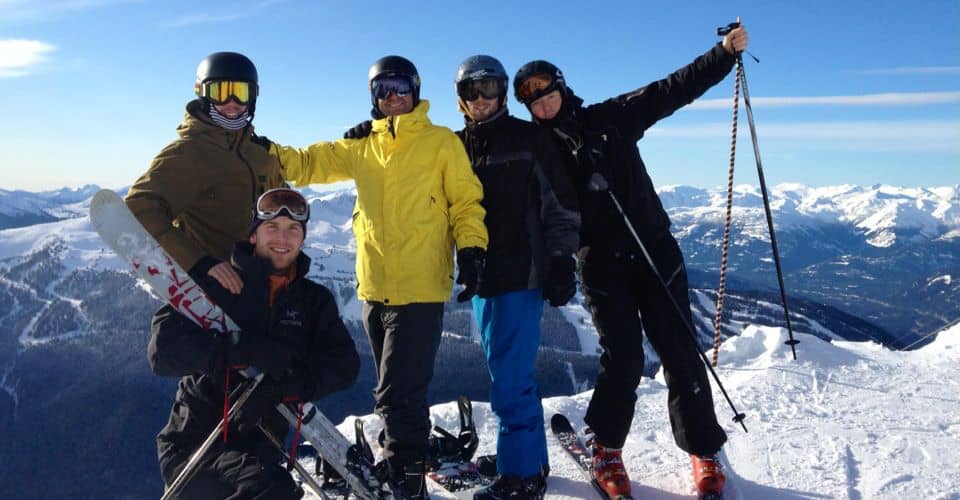 Skiing with my men’s group 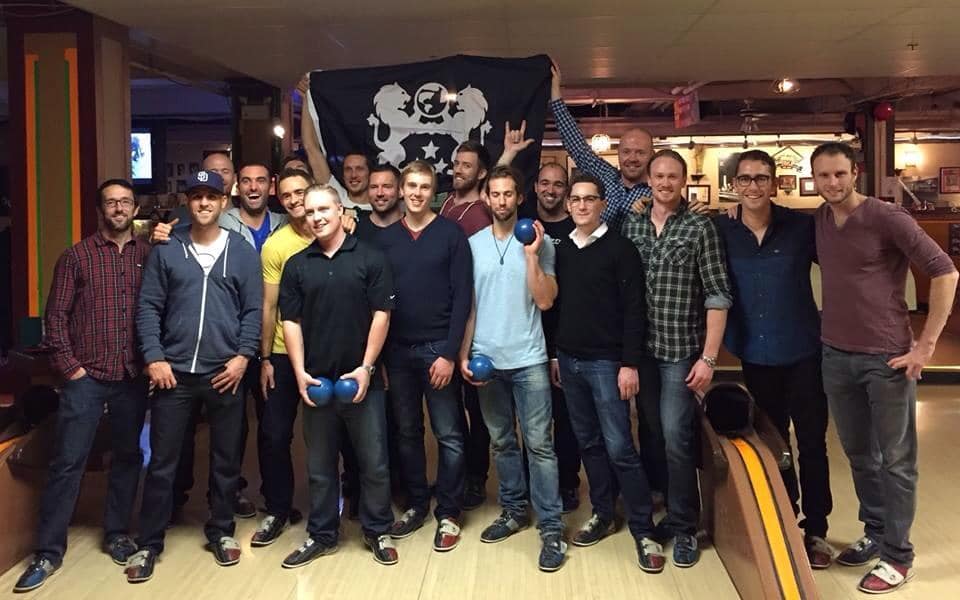 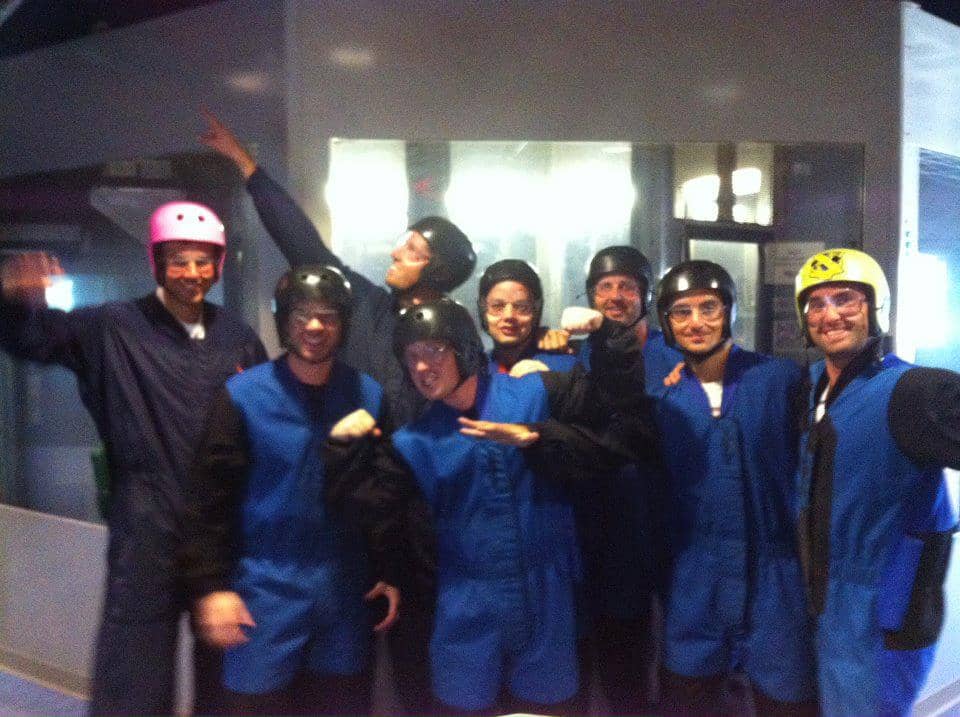 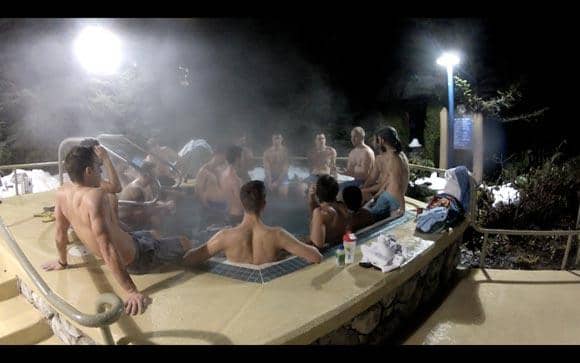 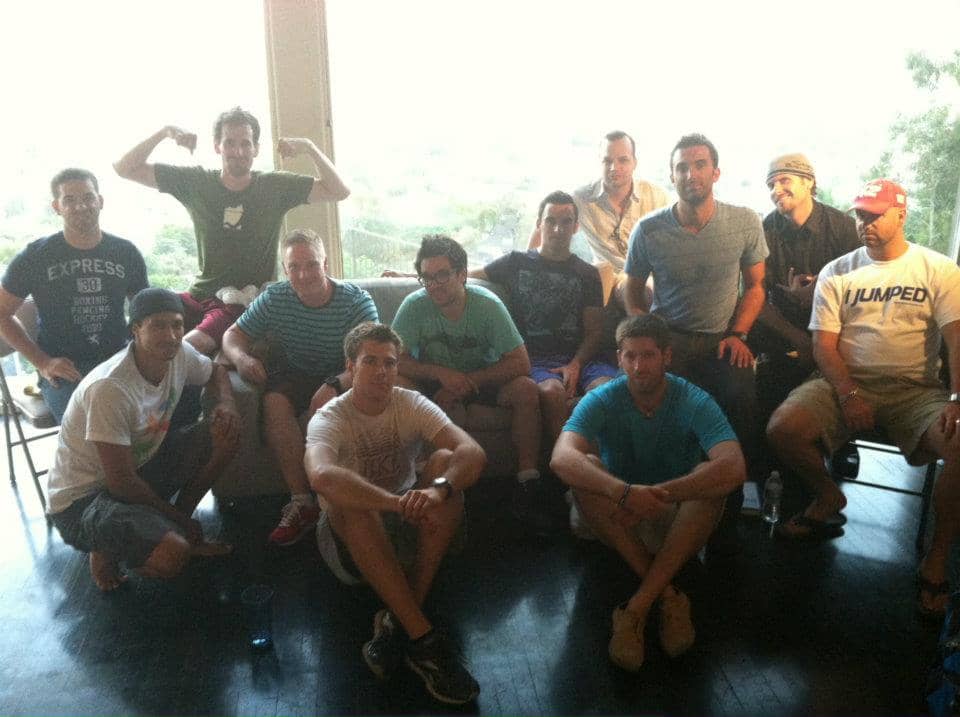 A men’s group at a mansion in the Hollywood hills 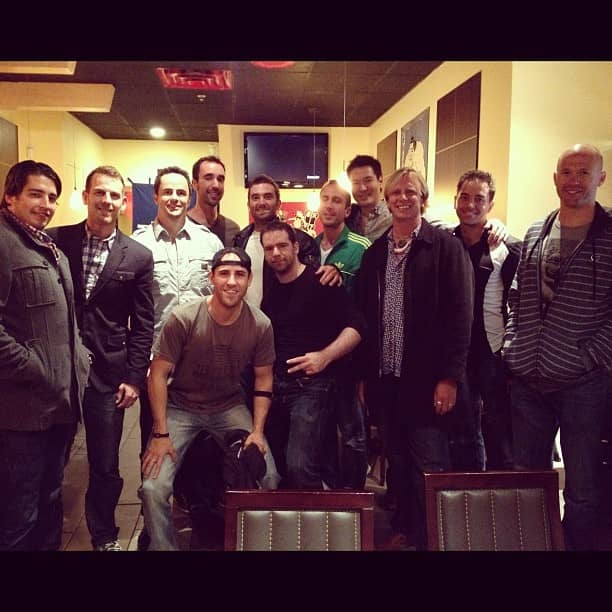 Sushi with my men’s group-min 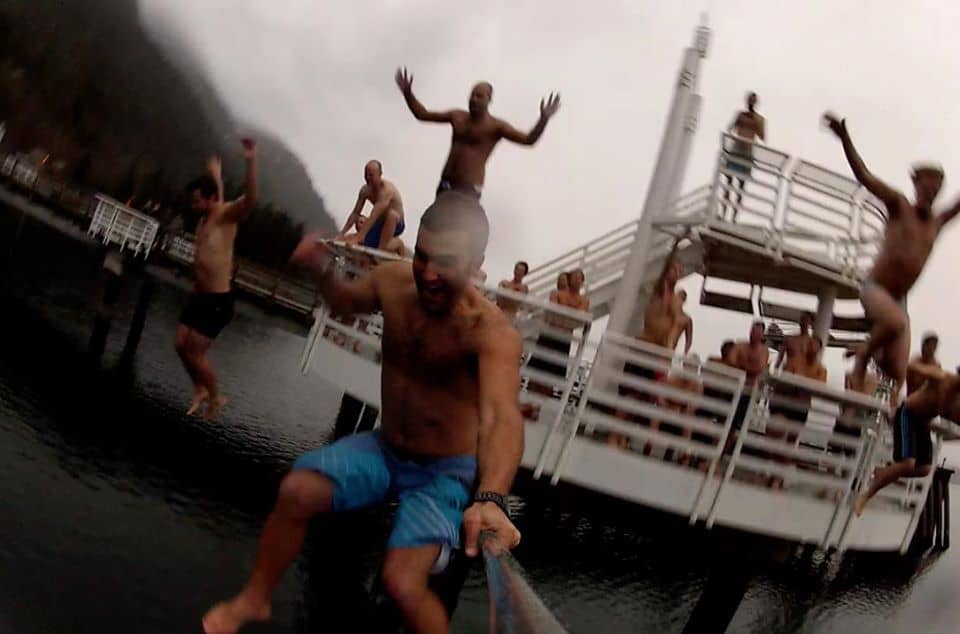 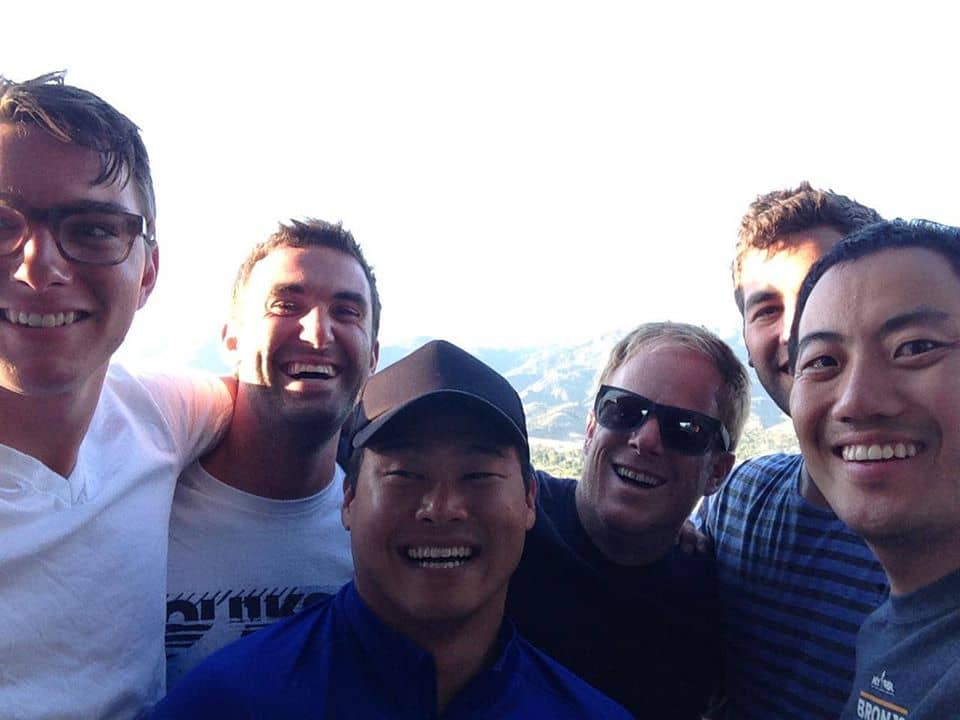 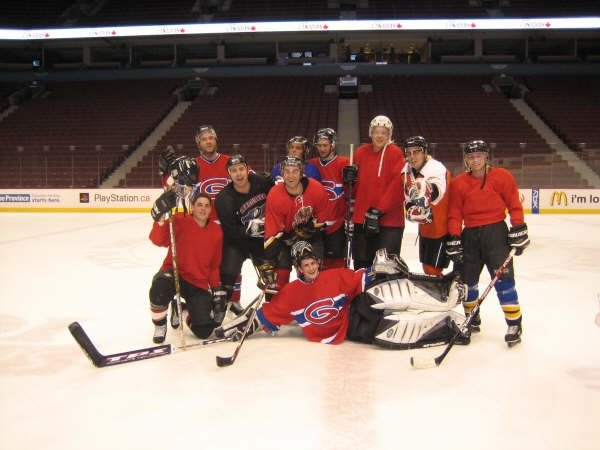 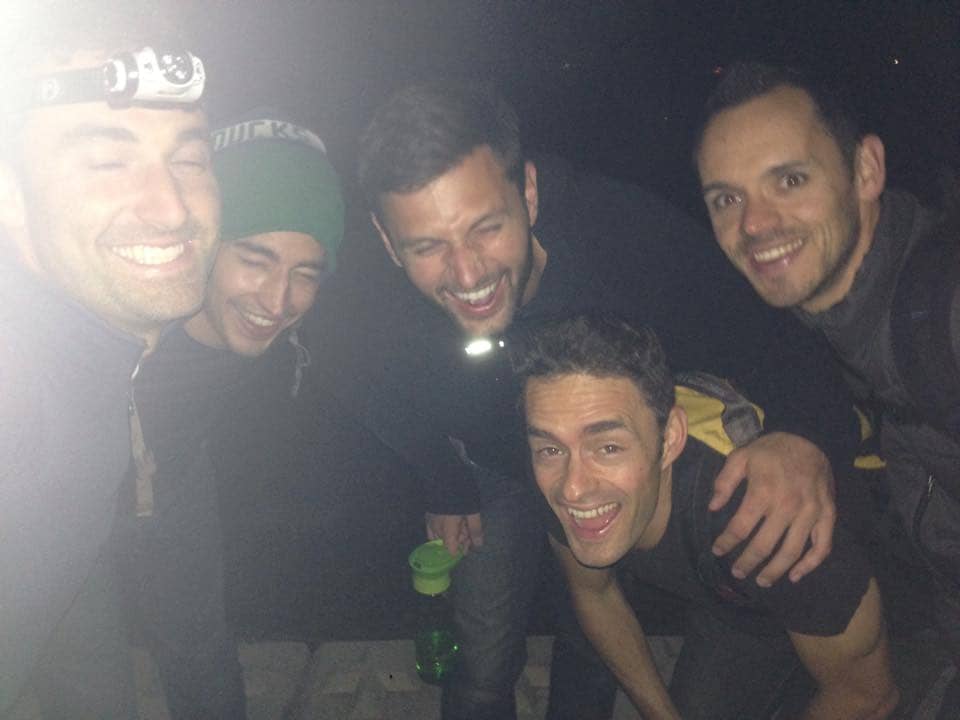 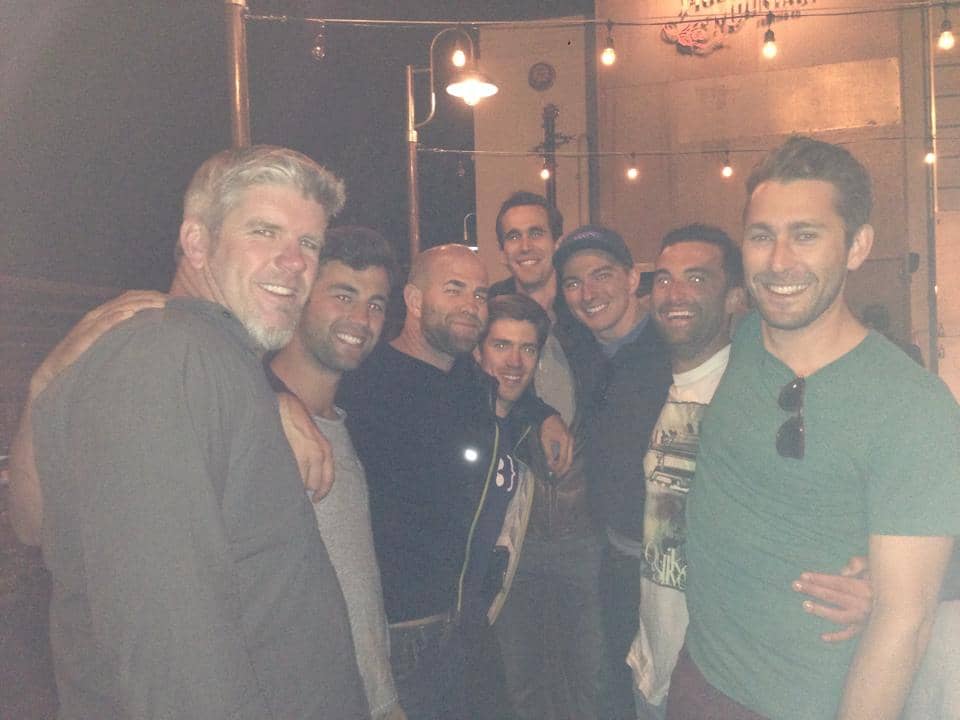 The guys out on the town after a men’s circle 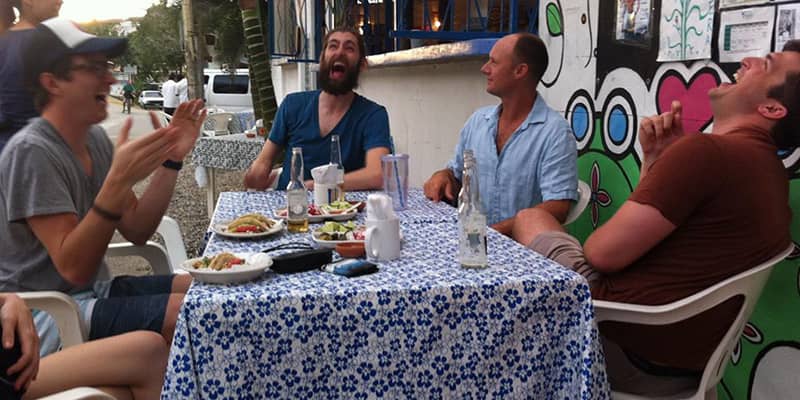 A laugh over tacos on a men’s retreat 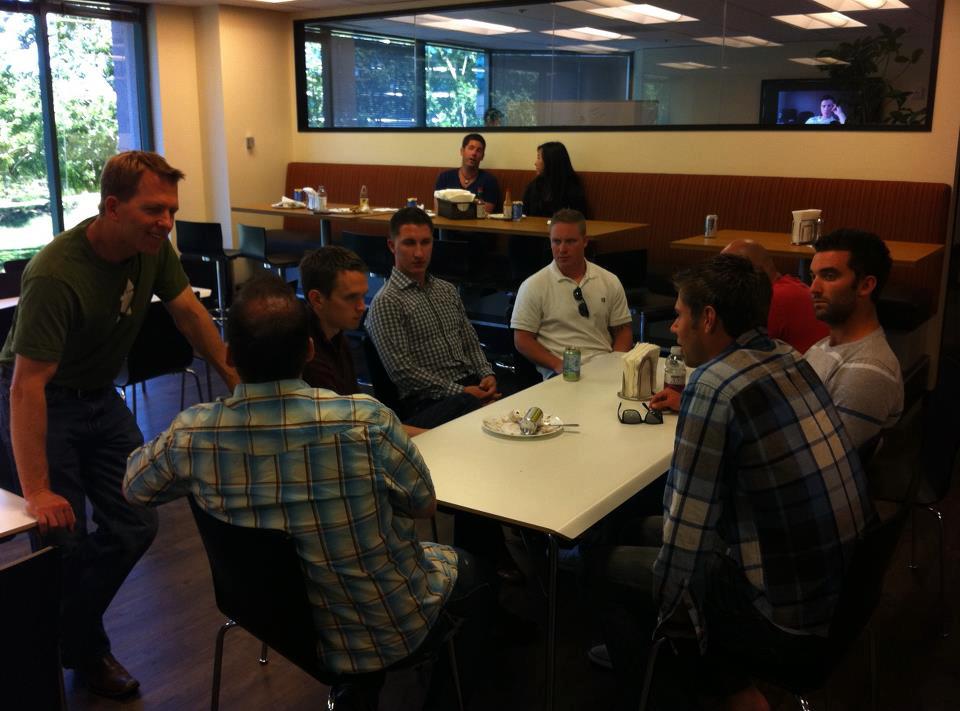 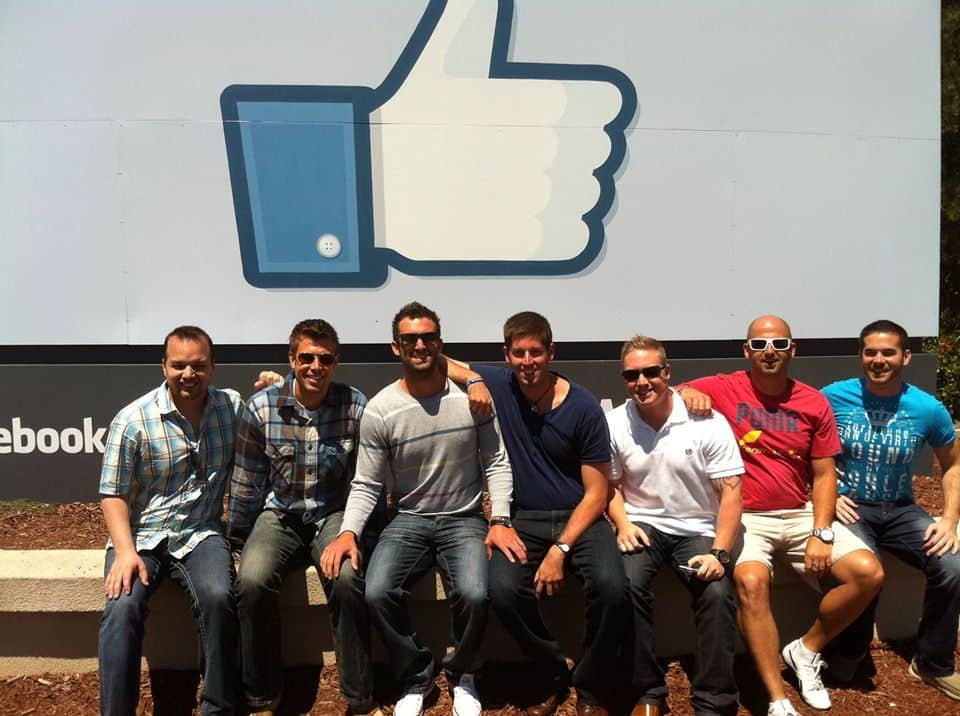 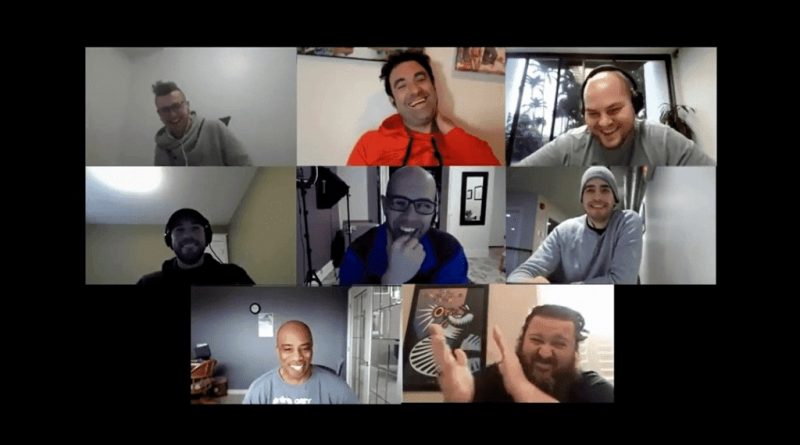 Sean has lived a few different lives over his short time here:

CHAPTER 1: HOCKEY
Sean grew up as a hockey player and played at a high level until he was 19. He also coached little kids’ hockey lessons. He loved the camaraderie and was typically chosen as a captain and/or assistant captain due to his enjoyment of supporting his teammates.

CHAPTER 2: PROFESSIONAL DJ
As an insecure teenager, Sean wanted something to make him cooler. He took up DJing and ended up pursuing it full-time for close to 10 years. It took him all over North America and Europe and he was able to play alongside some of his heroes. Sean really loved bringing people together and managing the energy of a room. This is where he began to hone his community-building skills.

CHAPTER 3: MEXICO (5 Years)
At the age of 25, Sean fell in love with a Latin woman and they moved down to Mexico together. They lived at the beach and Sean learned to surf, salsa dance and speak Spanish. While it looked like he was living the dream, Sean was struggling personally (emotions, family stuff, addictions etc) and felt he had no guys to confide in. He threw his friends into a Facebook Group and this became his first men’s group called The Brotherhood.

CHAPTER 4: THE BROTHERHOOD
When Sean threw his friends in a Facebook group to solve his own personal growth needs, he was surprised that the women didn’t partake. It seemed that the men were the ones that needed a confidential place to discuss personal growth matters. Eventually, the guys decided to go on a surf trip. Sean organized it and “The Brotherhood“, the first men’s group for entrepreneurs was born. Over the next 8 years, Sean took guys on ski, surf, yoga, wilderness survival, and supercar racing trips. After these adventures, the guys would sit in a circle and open up about personal issues. Sean was surprised by this but loved it. Over his tenure at The Brotherhood, Sean led hundreds of men’s circles – both in-person and online – for some of the most prominent entrepreneurs of our time. Sean passed the organization on to his best friend at the time, whom he brought on to operate the business (halfway through the project).

CHAPTER 5: DEBILITATING CHRONIC HEALTH ISSUES
Unfortunately, after so many years of community building and ignoring his personal challenges, Sean got sick. He was bit by a tick on a surf trip, and then later on a ski trip at high altitude, he could not get out of bed. Bedridden and unable to care for himself, he moved back into his parent’s basement at 32 and struggled to find answers. He lost his business, his relationship, and his friends. After seeing 50+ health experts Sean found answers. His intense chronic fatigue and brain fog were primarily due to mould poisoning and lyme disease (from a tick). Sean began treatment and clawed his way back to a full life. He still battles symptoms today but Sean is grateful to be living a full life.

CHAPTER 6: PERSONAL GROWTH
On the recovery from chronic health issues, Sean had to address a number of uncomfortable personal issues that he was avoiding: family drama, emotional challenges, a business failure and personal bankruptcy, an unsupportive mindset, addictions and a lot more. This is when Sean went fully down the personal-growth rabbit hole.

CHAPTER 7: MENSGROUP
After recovering from his health challenges, Sean decided to start another benevolent business around the part that he enjoyed the most from the Brotherhood men’s group. The sharing circles, where guys supported each other through a variety of personal and business challenges was the part that Sean enjoyed the most. He felt it was also what was most needed in the world. After visiting a number of men’s groups locally to help his personal growth journey, he was motivated to start a men’s group that didn’t suck. The groups he visited were laced with weird ceremonies and exercises. He couldn’t find a group where guys just talked about life, so he started his own. MensGroup was born!

CHAT WITH SEAN AND THE GUYS

Enter your email below to get FREE access to a online men’s group and our community discussion area.