Hi. My name is Sean Galla, a male support group facilitator with more than 10 years’ experience. In my years of work, I have observed that one of the most common problems men face is the lack of a positive role model. There are many benefits associated with having positive male role models in any man’s life. Most of the mental health issues and stresses men face are due to the pressure of constantly being their best even when they do not know how to be. Having a positive role model is the best way to learn how to become a better man.

In this article, I will tell you everything you need to know about positive role models.

Who Is a Male Role Model?

A role model can be defined as a person who others look up to as a source of encouragement and one worth being imitated. When it comes to male role models, they are meant to show other men how to live life with integrity, hope, optimism, compassion, and determination. Positive male role models can significantly affect the lives of the men looking up to them. They play an essential role in the positive development of anyone looking up to them.

Role models can come into your life in different ways. They can be high school educators, celebrity role models, mothers, leaders, fathers, peers, clergy, and even ordinary people in your community. Being a role model is not just constrained to people with fancy lifestyles and personal wealth. Anyone with something positive to offer to other men, be it advice or life skills, can be categorized as a role model. 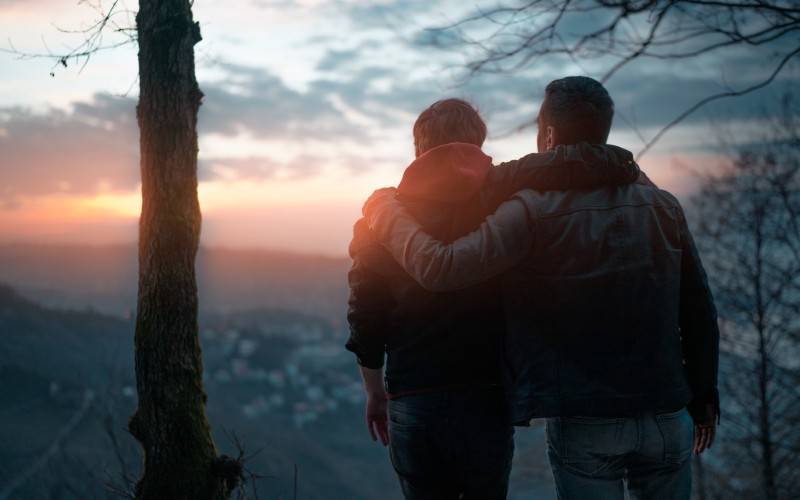 While male or female figures can influence young women in their life, men require father figures when growing up.

When growing up, boys require a father figure in their life as this has been found to contribute positively to the child’s academic and social development. Children who bond with their fathers or father figures from an early age are better problem solvers, have sharper cognitive skills, and are better performers in school. This puts them at an advantage over children with no real men figures in their lives, especially children raised by single mothers.

Boys who become men without positive male role models in their lives are often more likely to end in a life of crime, in jail, or as addicts and participating in risk-taking behavior. In America, only 42% of men graduate from college and university, compared to 58% of females. In addition, college-educated women under the age of 35 outnumber men by a 3 to 2 ratio. This is deeply worrying in an age where gender equality is rife.

According to experts, certain factors fuel the growth of unmotivated young boys and underachieving young people in modern America. These include videogames, environmental toxins, prescription drugs, teaching methods, and devaluation of masculinity.

All these factors can be linked to the lack of positive male role models for boys and young men. Strong male role models are essential for men as they help to share their emotional maturity, which, unlike puberty, does not happen automatically.

Every culture has present rules of what it is to be a man. Young boys need to be taught these values to evolve into the men they need to be. This knowledge can only be instilled by a fellow man who understands the struggle young kids face regarding identity, sexuality, and masculinity. On the other hand, if you’re looking for guidance and information on Self Improvement for Men, then join Mensgroup.com today.

Sometimes, positive role models can make poor choices. Men need to understand that role models’ negative behavior is not to be copied or admired. As boys transition to adolescents and young men, they should differentiate between negative and positive attributed to copy from their role models.

Parents, especially single mothers, need to teach kids the difference between positive masculinity and negative masculinity based on the behavior of their male role models. When families take the time to instill values and integrity in their children’s lives, it can positively impact the child’s development and make it easier for them to tell the difference between good men and negative role models. On the other hand, if you’re looking for information about Self Improvement Groups, then follow mensgroup.com now.

What to Look for in Positive Role Models 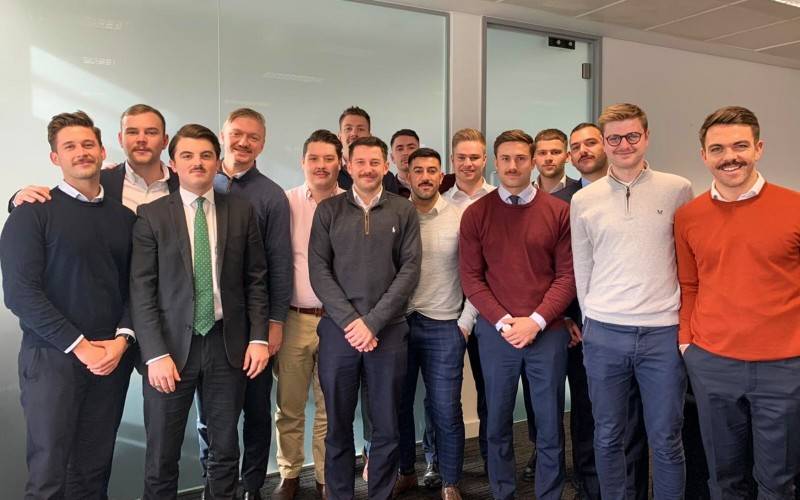 Passion and ability to inspire

A positive male role model shows passion for everything they do and can transfer this passion to others around them.

Good role models work to ensure they leave the value in the world. When growing up, young men look up to other men who support similar beliefs and habits. This can be their father figures, an older brother, or simply a celebrity. By admiring role models with clear sets of values, young men understand the importance of their values as part of their development and roles as adults.

Commitment to the community

Positive role models are more other-focused as opposed to being self-focused. These role models are always active in community-based activities and projects as they give their talents and time freely to the people. Young men should admire people who serve others and should emulate this behavior.

As the famous quote goes, success is not measured by the positions one reaches in life but rather the obstacles they overcome. Young men are always attracted to fellow men who overcome significant challenges to become better men without compromising their beliefs and values. A good role model should be able to overcome obstacles with ease without compromising their values.

Acceptance of others and selflessness

Real men role models are selfless and accept other people for who they are. Role models do not see social or economic barriers are reasons not to interact with others. They are always willing to listen and offer help regardless of the recipient’s circumstances and background. In their acceptance of everyone, they teach young men how to serve and live their life in service.

On the other hand, if you’re looking for information about Self Improvement Books for Men, then follow mensgroup.com now. 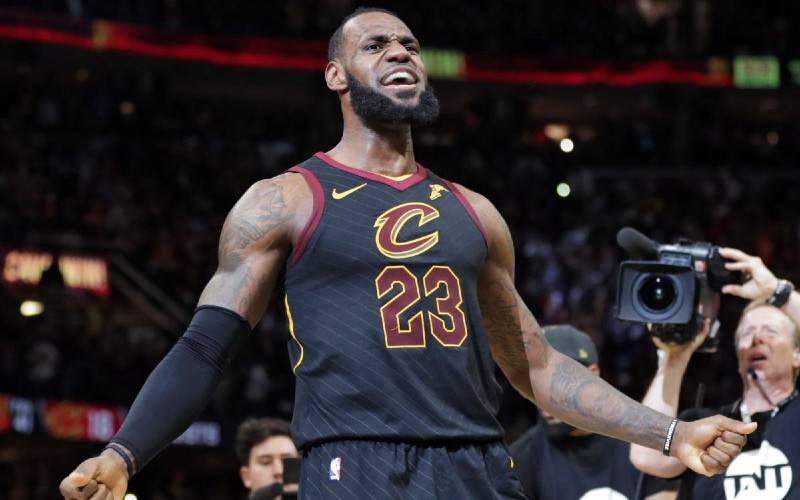 Even though he is known for his exceptional basketball skills, his role as a father has made him one of the most sought after role models for boys and young men. He shows a lot of enthusiasm when watching his kids play basketball and shows his commitment by attending as many games as he can. This makes him a positive male role model to men who need a man to look up to when they become dads. He is a reflection of what being a good father should be like.

As an American athlete, Kevin Love has gone against the odds by being vocal about his struggle with panic attacks. He has allowed himself to be vulnerable to impact change by fighting the stigma associated with mental health conditions like depression and anxiety. Through his article that addressed his struggle with anxiety, he encourages men not to be afraid to share their struggles with mental health. By sharing his experiences online and not being shy of his mental health struggles, Kevin has become a positive male role model for all men.

Dwayne is considered a positive male role model because of the stand he takes on negative masculinity. He advocates for positive masculinity, arguing that men do not need to suffer in silence or hide their struggles to show their strength. Dwayne encourages men to speak up and seek help as opposed to bottling it up. He is a prime example of how men around the world should start this conversation.

Trevor is one of the most vocal public figures when it comes to relationships and consent. He shows that being a positive role model includes acknowledging that masculine norms exist and looking deeper to root out the flaws in that perspective. His comments on masculinity highlight how men perceive relationships while introducing conversations on the importance of consent.

An article published in a famous male magazine talks about the fears and insecurities men, including those in LGBT, face. According to experts, men are afraid of expressing emotions that do not include dominance, anger, or power because they are afraid of being in touch with their feminine side. Too often, men police themselves to meet society’s expectations of what a man should be. At Men’s Group, the members work to help men shed toxic masculinity and embrace positive masculinity. As an all-male support group, you will meet positive male role models dedicated to assisting other men to become better versions of yourself. Whether you seek career guidance, advice for your personal or daily life, or general self-improvement, becoming a part of mensgroup is the best way to ensure you attain your goals.

Part of self-improvement is surrounding yourself with people who positively influence your life and choices. Having positive role models is the best way to nurture young boys into men and to make a difference in the world.

In this COVID times, mensgroup is an online platform on a different category. You can join without disclosing your personal information to enjoy a personalized web experience on your journey to becoming a better man. If you seek anonymity, mensgroup allows you to join anonymously without using any identifiable information and still enjoy the best experience of the site and access to different parts of the site.