Masculinity: The Essential Guide to Manhood and Manliness

Masculinity: The Essential Guide to Manhood and Manliness

Hi. My Name is Sean Galla, a facilitator for men’s support groups and forums with more than ten years of experience. Part of my job involves teaching men about masculinity. Learning how to control your masculinity is the best way for any man to become a better man. If you are interested in understanding your toxic masculinity and positive masculinity, you are in the right place.

This article covers everything you need to know to understand masculinity.

Also commonly referred to as manhood and manliness, masculinity can be defined as a set of behaviors, roles, and attributes associated with being a male. While it is thought to be a social construct, much research has shown that some masculine behaviors can be biologically influenced. However, the extent to which biology influences masculinity is still debatable.

Masculinity is different from the definition of the male sex. This is because some females and gay men can exhibit masculine traits. The standards for traditional manliness are different across a given generation, ethnicity, and culture. Traits considered masculine in most cultures include independence, courage, fearlessness, strength, assertiveness, and leadership.

In 2015, the Center for Study of Men and Masculinities and a scholar on Masculinity, Michael Kimmel, helped start the first-ever Master’s program for masculinities studies. This is a program that explores the meaning of being male in modern society. During the lessons, Kimmel realized that the message boys receive from society about being a man or manhood is confusing. This confusion affects men’s personal lives, including how they relate to women, work, and society.

On the other hand, if you’re searching for a Toxic Masculinity Group, then follow mensgroup.com now. 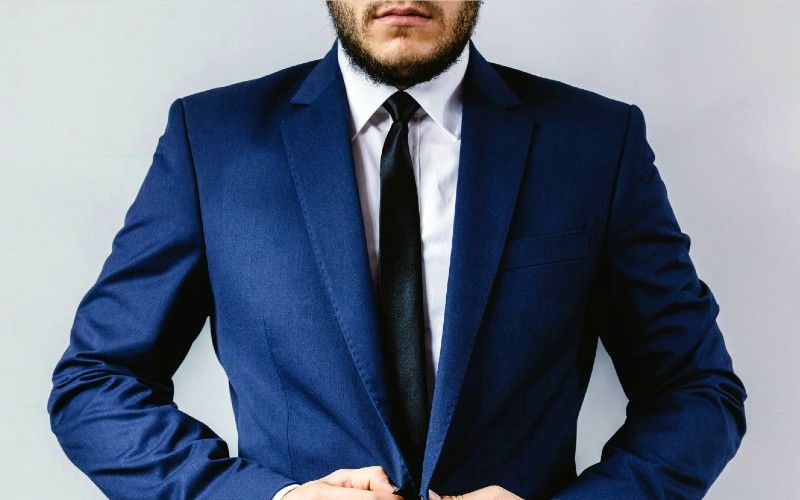 Kimmel seeks to help students understand how their sex, gender, gender expression, and gender identity influence their thinking and overview of masculinity as human beings. According to research, the male and female brains are not very different at birth. Even with these minimal differences, males and females adopt different thinking, speaking, and acting ways because they are socialized in gender roles from birth. While it is difficult to determine the role of biology on gender behavior, different studies show that gender roles are mostly determined by culture.

While cultural and biological forces are powerful, humans can still choose how to present themselves to the world. The more people are informed about the choices they can explore when expressing themselves, the easier it is to be their true selves.

Gender plays an important role in everyday life for everyone, including men. For instance, gender-based violence reinforces gender-based inequalities like the male role that is hard to understand beyond gender norms, social structures, and reinforcing roles.

From history, patriarchy has placed men at the center of normality and rationality. This is part of why masculinity has taken a long time to be understood as a gender construct, including viewing men as a gender. Masculinity is an idea that is used to refer to men’s place in the gender order.

While there is no universal set of expectations that define masculinity, society has dominant traits that pressure men into a certain way of thinking and acting to be considered masculine, often with women and children suffering the consequences. Behaving in another way other than the societal way of being masculine is seen as indicative of homosexuality, even though gender identity, gender expression, and sexual orientations are distinct concepts.

This type of masculinity comes from a place of strength, gender equality, and compassion. Some attributes associated with healthy masculinity include emotional awareness, presence, grounding, self-love, compassion, and emotional release.

Self-love and compassion is the most important pillar when it comes to healthy masculinity. Very few men know how to love themselves and have compassion for themselves. When you learn to love yourself, you find it easier to be present, grounded, and in tune with your emotions. Self-love also makes it easier for you to understand who you are away from what society has taught you.

When you practice healthy masculinity, you are stable and rooted in your beliefs. When you are well-grounded, you have overflowing self-love and confidence that helps you to remain aware of your true self. When you are grounded, you are not swayed by other men’s way of thinking or acting. Grounding has also been associated with better men’s health.

Men practicing healthy masculinity experience emotional awareness. They have control over their emotions and are not afraid of feeling. From when they were young boys, teens through high school, and adult males, men are taught that showing emotions is a sign of weakness. As men become aware of their emotions, they can experience emotional release in a way that does not have to involve anger and outbursts. 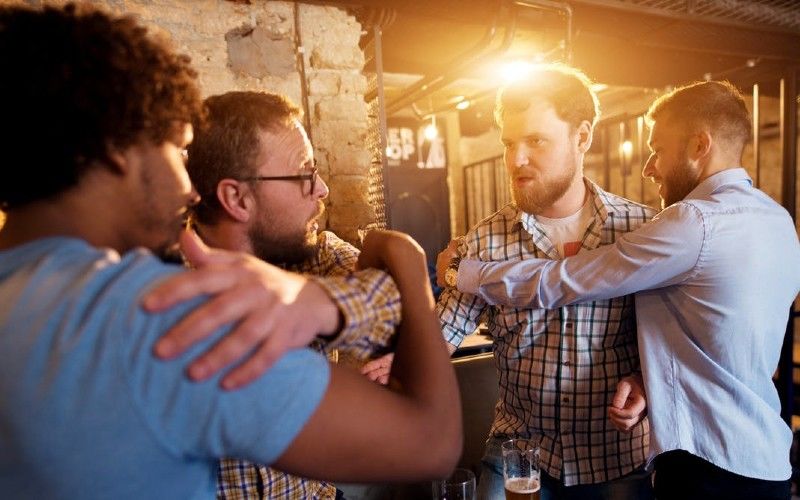 Toxic masculinity has become a common term amongst young people in social media, podcasts, and printed books in recent years. A study published in the psychology journal of psychology defined toxic masculinity as a ‘’constellation of socially regressive and macho traits that encourage domination, homophobia, devaluation of women, and wanton violence and masculine norms.’’

Research shows, Toxic masculinity is deeply rooted in cultural, social science, and societal expectations of what a man should be and how they should behave. Toxic masculinity believes that manliness can only be expressed in homophobia, sexual harassment, sexual assault, domination, and aggression. It is a flawed idea that men should not show emotions, let alone have emotions, which is often harmful to their mental health.

Common traits for toxic masculinity include:

Overemphasis on these traits can cause a harmful imbalance in men trying to live up to these traits. Some imbalances include:

The three core components of toxic masculinity include:

Toxic masculinity emphasizes adapting and glorifying unhealthy habits. It is centered on the belief that men are machines that have to work hard and dominate. This is why people are quick to use the ‘man up’ or ‘be a man’ phrases whenever someone behaves in a way deemed unacceptable for men.

Boys will be boys is also a common phrase used to encourage toxic masculinity by enforcing aggressive and careless behavior in young males instead of teaching them how to win their own up to mistakes and be responsible.

In 2011, a study showed that men who practiced toxic masculinity were 50% less likely to seek health care, contrary to their idea of being tough.

How to Promote Healthy Masculinity? 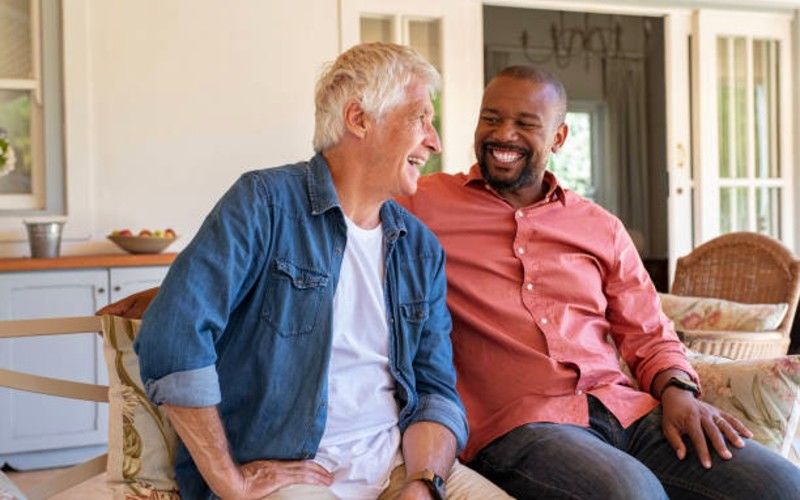 Practicing healthy masculinity is important in the prevention of violence and encouraging equity in society. According to the American Psychological Association, in a society with unhealthy masculinity, men are expected to be successful, strong, dominant, fearless, and emotionless. Women are seen as objects, property for men to own, and less valued than men. This encourages violence against women and girls. Unhealthy masculinity encourages a heterosexist norm where anyone who fails to conform to it is devalued.

When toxic masculinity is replaced with a healthy one, people can build a more sustainable global community.

Some important ways to promote healthy masculinity include:

When growing up, men are taught how to detach from their feelings or emotions. The first step to healthy masculinity is to know who you are. This can be done by expanding your range of interactions to try different ways of being, acting, and feeling without worrying that your value as a man will be out to question.

In healthy masculinity, men can cry, hug one another, look at me in the eyes, have doubts, and be afraid when you can do all these in the presence of other men, the world around you changes.

How Can I Change?

Bearing in mind that misogyny affects everyone, men need to identify their privileges while analyzing the limits gender stereotypes place on these privileges. This is the only way to understand how toxic masculinity affects you as an individual and the people around you.

Once you identify the aspects of you that need to change, you can be better and commit to changed behavior.

How Can I Transform My Community?

Since you now fully understand how machismo and patriarchy affect your life, you can critically reflect on how this system is presented around you to come up with new ways to address and overcome this form of violence. As you learn how to become a better man, you need to find ways to support young men and boys to end the cycle. You can act as a community promoter of healthy masculinity. You open safe spaces where young men and boys can engage their families to fight against gender inequality and toxic masculinity. 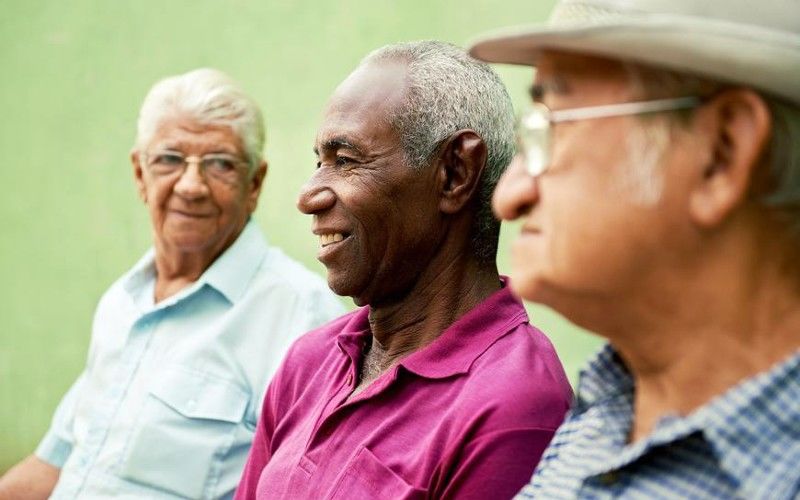 This benefit corporation brings together men from all walks of life to a space where they can freely exercise their emotions to lead a fulfilling and successful life. Everyman uses life-coaching, events, and retreats as part of their service delivery to allow men to be themselves in a natural habitat.

The good men project is a men’s support organization that delivers timely support and articles for men, young and old, about healthy masculinities and guides for a better way of living. They are an excellent resource for men looking to learn about healthy manhood.

This is a self-help forum that encourages healing, growth, and transformation. Guy Burstein is specifically created for men who want to achieve a higher self-awareness and anyone looking to cultivate better personal male relationships or Bromance.

Men’s Group is an online-based support group and forum that focuses on men and the needs of men. It offers a platform where men from different parts of the world can come together to discuss everyday issues that affect men, including masculinity.

Like women, men also need to vent, be heard, and sometimes show emotions when they feel overwhelmed. Mensgroup offers a safe space where men can seek advice, discuss pertinent issues in society, and make meaningful friendships.

Whether you need advice on your career or romantic relationship, support to reach a new goal, or making close friends, mensgroup.com is the first place to be.

As an online group, the meetup takes place online through video calls or chat. This allows every male to make good friends, even when they run a busy schedule. It is open to Americans in cities like New York and California and anyone else from any other part of the world.

While there is still much to be done regarding fighting toxic masculinity and promoting healthy masculinity, mensgroup.com is committed to supporting and teaching men about men and masculinities while helping them become better, healthier men.