Men's Rights Groups: Everything You Need to Know

Men’s Rights Groups: Everything You Need to Know

Hi. My name is Sean Galla, a facilitator for online support groups with more than 10 years’ experience. Men’s rights groups are some of the many I have had the chance to facilitate, and I have seen firsthand how important this group can be. Men need to be empowered and educated on their rights when it comes to divorce, child support, and child custody. Being part of men’s rights groups allows you access to a platform where men’s issues are discussed, and help is offered. Whether you are going through a lengthy court battle fighting for your rights, or you just need to be part of an organization that cares about gender equality and men’s liberation, joining a men’s rights group can be one of the best decisions you make in life.

In this article, we will cover everything you need to know about men’s rights groups and tell you why you need to join the right one.

The Origin of Men’s Rights Groups

While most feminist movements are commonly associated with famous names like Gloria Steinem and other feminists, the men’s rights movement is not associated with any common men’s rights activists. However, the movement today has online communities in Reddit and subreddit, and other social media platform that champions on the right of men. Men’s rights groups have grown to become some of the fastest-growing civil rights movements in the modern-day.

Men’s rights movements (MRM) started in response to the second wave of feminism. By the 1980s, some men were considering the need to champion men’s rights without being socially conservative or anti-feminist. Some of the key issues that bought rise to it included child custody, child support obligations, alimony, female-on-male domestic violence, negative masculinity, and draft requirements. 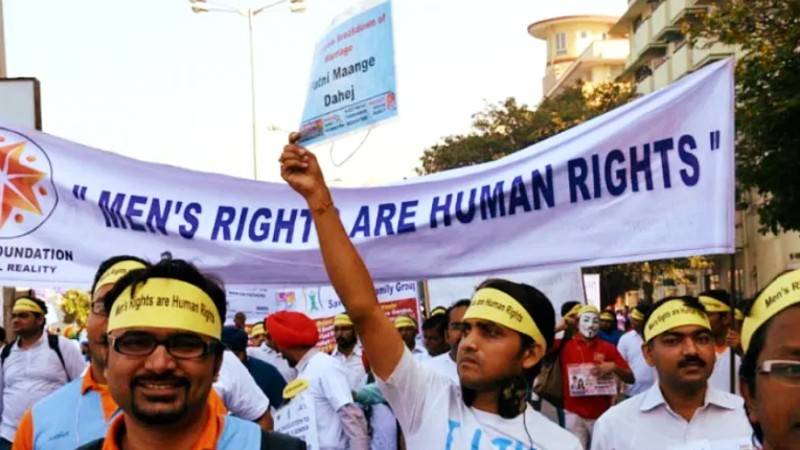 Just like feminist groups, most members of MRM social movements stood for equality between both genders. Most of these activists agreed on choices for women. However, they disagreed with women’s rights when they fail to consider men’s rights. Men’s groups believed that both genders needed to make decisions that promote maximum win-win situations for both sexes. In the past, men’s rights movements struggled to get the publicity it needed to reach greater heights. On the other hand, if you’re looking for information about men’s retreat, then mensgroup.com has you covered.

Today, advancements in technology have brought rise to the internet-based ‘manosphere,’ that comprises a community of men’s rights groups, blogs, and publications. These offer a platform for the members to rant, share, and learn from each other. While most men’s rights movement groups are associated with male supremacist approaches, some of these online support groups offer a non-misogynist approach to support while others do not.

What Do Men’s Rights Groups Believe?

Activists argue that society has become bias and sexist against men. They also argue that men face discrimination from the media, government, and Supreme Court for being male. Men’s rights groups fight against custody laws that favor mothers than fathers, violence against men, false rape allegations, disproportionate male prison sentencing, and conscription. For instance, whenever a female is overlooked over a role in the office, the company is deemed as discriminatory. However, when a male colleague loses the position to a female worker, it is deemed as normal. These are some of the inequalities men’s rights groups strive to address. On the other hand, if you’re looking for a men’s accountability group, then mensgroup.com has you covered.

The matrix reference used by men’s rights group’s activists. It acts as a form of identification used to identify other activists on online platforms.  The term ‘red pill’ is used as a form of metaphor that signified the realization that the world is an illusion that supports the myth of male power. It is believed that, until the red pill enlightens you, your world is nothing but lies and shadows. It is also believed that any man who is not a member of men’s rights groups is a member of the matriarchy. To break the chain, men are asked to join the movement and fight for men’s rights as they learn the truth, which sets them free.

Who Is Part of Men’s Rights Groups?

Most men’s rights groups attract both men and women from different social and economic backgrounds with different agendas. These groups are mostly made up of disenfranchised young men, male victims of sexual violence and victims of domestic violence, father’s rights advocates, MGTOW members as well as members of the Pick Up artist movement. The men’s rights movement is also largely made up of men who are affiliated to a political party, especially with the last year show of support for men’s rights groups by Trump. They particularly strive to be a voice for men who have been wrongfully accused of crimes against women. Some men’s groups are based on the foundation of the common hate they have for feminism.

Men’s rights groups attract participants from different parts of the United States with incels in California, New York, Los Angeles, and New Jersey, among other places outside America, like Toronto. On the other hand, you might want to check our “Welcome To the Men’s Group Movie Review.”

Why Are Men’s Rights Groups So Controversial? 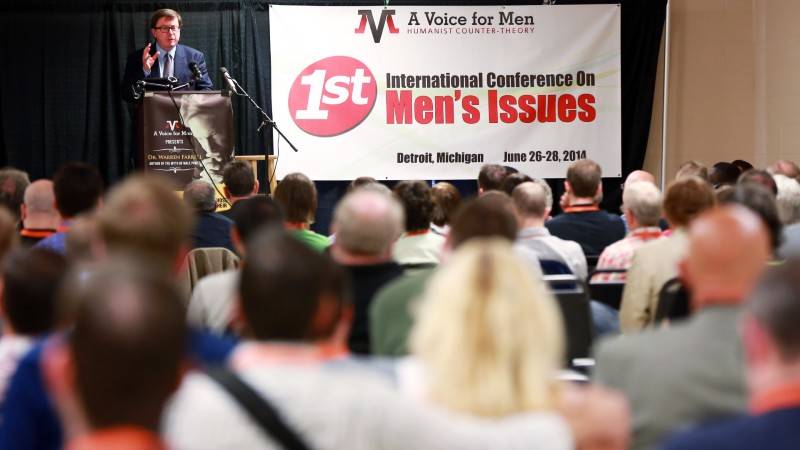 Men’s rights groups have been faces with a lot of bashing from women groups, including the national organization for women for having links to some of the most notorious male criminals in America. According to a story covered by the New York Times, Elliot Rodger, 22-year-old gunmen on a killing spree in California, was linked to the men’s rights movement. He was found to be a frequent member of the online group websites months leading up to the mass murder.

One of the most popular men’s rights groups by a popular blogger, a voice for men, advocates ending rape and domestic violence ‘hysteria’. The founder, Paul Elam, has become a household name in the modern men’s rights movement.

Members of men’s rights groups have also been found responsible for spamming an anonymous sexual assault reporting service in a university and trolling feminist writers online, including sending rape and death threats.

Because of all the negative aspects associated with men’s rights groups and movement, most people see it as hate groups as opposed to a liberation movement. Some critiques believe that it is wrong for men, especially white men, to be part of men’s rights groups because contrary to their belief, they are not marginalized. On the other hand, if you’re looking for Men’s Mastermind Groups, then join mensgroup.com today.

Feminism continues to ignore the existence of men’s rights groups like the national coalition for men, blaming male-centric patriarchy as the reason for excluding men in talks involving men’s rights. Even so, the issue of feminism and men’s rights is not always black and white as it involves interrelated and controversial issues that cause males to be excluded from the conversation.

In modern-day, men too, are going through their fair share of issues that cannot continue to be ignored. It is counterintuitive for feminist groups to continue to discredit men for a movement that claims to stand for equality as opposed to one-sided advocacy.

Are There Reliable Men’s Rights Groups?

With all the negatives associated with the traditional men’s rights movements, a new generation of men is rejecting the failed MRA approach to men’s rights in favor of equal rights without misogyny or support for violence against women. Mensgroup is one of the best men’s rights groups online today.

Men’s Group is an online support group for men that advocates for men’s rights in its own way without following the conventional misogynistic approaches and ideas about gender roles. It aims to build, teach and equip men with knowledge and guidance to help them through the various issues they face.

Child support and Custody issues – if you are a man currently faced with a child support case, mensgroup is a platform where issues related to child support are discussed. You learn through interacting with other members who have been through the same issues.  The men’s rights group on mensgroup also discusses and teaches on matters related to child custody. You will learn a lot about divorced dads rights and men’s rights in general when it comes to custody.

Coping strategies – society frowns a man who shows signs of weakness or need for help. At mensgroup.com, the members and facilitators work to debunk myths about masculinity. Fellow men will teach you how to cope with your emotions during a difficult moment in your life. You will learn how others in the forum are dealing with the same issues and get support when you feel overwhelmed.

Legal advice – mensgroup offers a safe platform where men are free to ask and share information on legal issues related to divorce and other cases common in family court. You can ask for advice or help from members who have gone through legal issues and from members who are in the legal field of work.

Money – sometimes, life happens, and it completely overturns your financial situation. Mensgroup.com is a men’s rights support group where you can get helpful advice on how best to handle the financial constraints that come with changes in life. Here, you also get advice to help advance your career to ensure you can get a better job and become the best version of yourself. 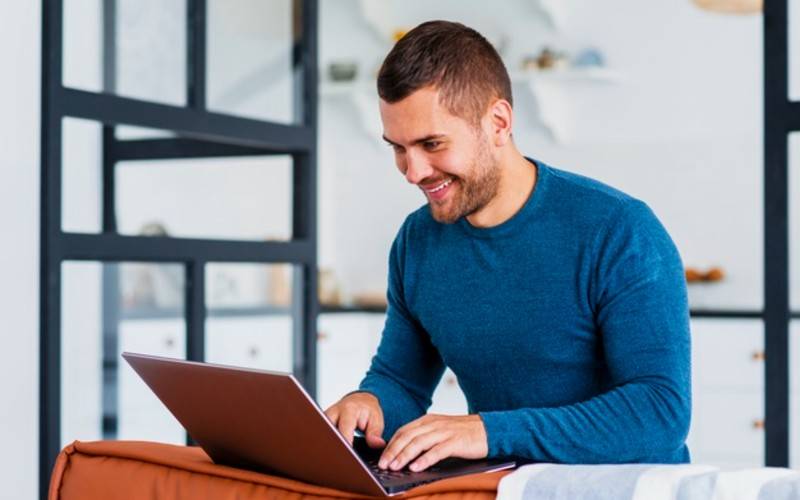 With all the negative issues associated with men’s support groups, it can become hard for men to find a safe space where they can champion for the rights in a non-toxic environment. Mensgroup.com is one of the very few modern-day men’s rights groups that help men to advocate for their rights without being dependent on bashing feminism. By joining mensgroup.com, you will be in a place to learn about your rights as a man, while also learning how to live a more fulfilling life.