Welcome To the Men's Group - An Honest Movie Review

Welcome To the Men’s Group – An Honest Movie Review

As it is often said, a film is not like fine wine, it never gets better sitting on a shelf. However, there are times when a slight delay in the release can work to the advantage of a film. Welcome to men’s group is one such film. Welcome to men’s group is a movie that was released in 2018. It is about a group of men from the same men’s support group that descend in chaos when conflicts amongst the members threaten to break the trust between them. This is our Welcome to Men’s group Movie review.

Welcome to men’s group is a movie directed by Joseph Culp, who also co-stars in it and written by Scott Ben-Yashar. While this movie was completed years before its release, it was difficult to find a distributor, which delayed its showing. However, the movie was finally released in 2018 in the heart of the #MeToo movement, which would be said to have played a role in helping this movie get traction.

This movie is overlong and uneven, just as it was when it was created back in 2016. However, it benefits from the powerful cast that makes most of the scenes uncover the hidden side of male domination and male privilege.

The movie starts with Larry’s character (played by Timothy Bottoms) waking up in his massive new home, a clear depiction of white male privilege. As it turns out, things are not as fancy as they seem for Larry as he is going through some financial and marital issues. As the audience will soon come to know, the other men in the men’s group are also going through significant life issues. As he is well known for his ability to bring out the best in any movie, Timothy does not hesitate to throw himself into this film and does not disappoint. On the other hand, if you want to know more about Men’s Rights Groups, then follow mensgroup.com today.

This comedy-drama movie is a story of eight men who develop a rare friendship marred with long-standing conflicts. This group of men assembles one Sunday of each month for group therapy through a ceremonial bitch session, ritual breakfast and fellowship. The group has been active for more than ten years in the movie, meaning every member has had enough time to develop a personal issue with others. The conflict is usually over women. This movie seeks to enlighten and entertain, which is achieved in this emotional roller-coaster while showing the underside of male privilege. On the other hand, if you’re looking for a Men’s Therapy Group, then join mensgroup.com today. 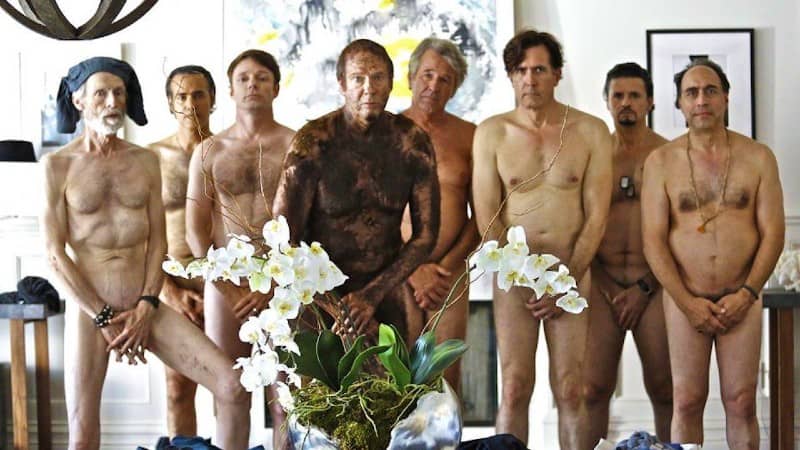 In the beginning, the drama is thin, comprising of first world problems centered on privileged white men and momentary kinks of members considering a fling with the daughter of one of the other members of the male support group. This brings about sharp moments of resentment, slap fights, and serious shouting matches displayed in zaniness.

Just when you think there is nothing better about this movie, director Joseph Culp introduces Carl (played by Stephen Tobolowsky), who livens up the play. Carl has a wife and daughter who throw him out of their home and go binge shopping on Carl’s dime. This causes Carl to lose his mind and experience manic episodes of depression. On the other hand, if you’re looking for the best Men’s Retreat, then join mensgroup.com today.

To add some skin to the movie, the creators explore nudity for the first time as one of the film’s concepts. Eschew to the display of fit females, this movie offers plenty of male nudity, which would make the viewers thankful for years of the lack of male nudity in film.

In this film, Larry’s daughter, Olivia, and her group of friends walk into a group of dancing naked men in their living room. She is mortified, which is clear from the display of horror on her face. The gaze of the other young women is transfixed on the group of middle-aged men. In character, the actor playing Olivia shows prowess and powerful dramatic skills to give this scene the oomph and film reviews it deserves.

According to a Hollywood reporter, this movie is partly written to show the inner life of men and how difficult it is for men to express their feelings. This has sparked thought on how it may be healthier if men could freely express their emotions. This movie shows the opposite side of the male character commonly displayed in film. It displays male vulnerability by hewing the model display of men as bastards who either suck up to their emotions forever or lash out in frustration after years of pretending to be the perfect role models who have their life under control.

Going by societal standards, no one takes the time to consider how men really fell, especially their fellow men. When women complain that their men are not sensitive enough, they often mean that the man is not sensitive enough to their needs, which makes it more about the spouse’s needs and not the male figure. Men are still expected to shut up and their everyday issues.

George Bailey was forced to measure his value as a man based on the value he adds to his family and the Bedford Falls community, without considering what he wanted. This clearly shows that the current culture is not ready for men’s display of emotions.

While the current culture is slowly trying to create a space for men to emote, there is still a wide generation gap that needs to be bridged. This mostly comprises of older men who do not buy into the idea of men’s movements. On the other hand, if you’re looking for Men’s Mastermind Groups, then mensgroup.com has you covered! 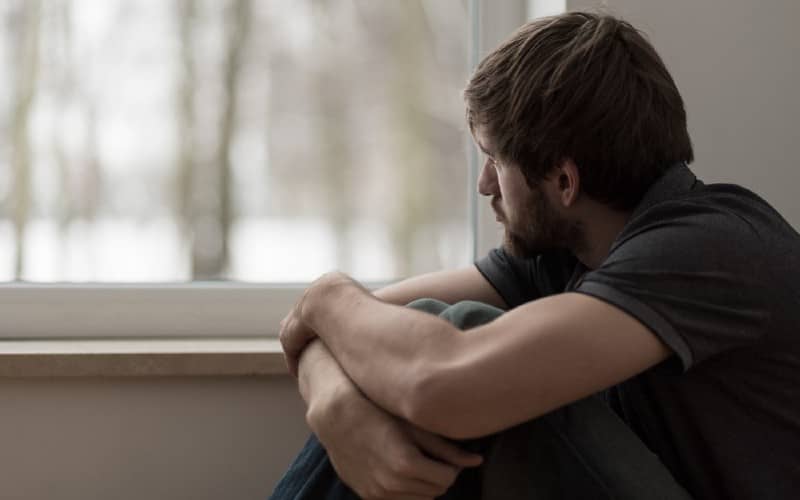 It is not difficult to note that the welcome to men’s group movie focuses on wealthy, older men living in Los Angeles. It offers a very specific angle through which most people view the American male culture. Based on popular opinion, the filmmakers failed to make it an all-inclusive film featuring men from different backgrounds facing similar male issues. This would have made it possible to write about different problems, fears, and responses, which would have given the movie more depth.

While the L. A perspective is still valid, it only expresses a complete picture one-half of the male culture in America. Notably, the movie did not feature any black men, Trans or gay men.

This men’s group productions movie edit is too long. For a 130 minutes movie, experts feel that it was 40 minutes too long. This is especially because it is centered on conversations by men in one room. Films on self-improvement, especially for men, can be mistaken for being preachy. For it to be a success, it needs to offer the viewer an overwhelmingly entertaining experience that will linger in their minds long after the movie ends.

The Need for a Men’s Group in Society

As depicted in the movie, most men have a difficult time expressing themselves. Opening up to family, spouses, or friends on matters related to their mental health. Men’s resistance to sharing their fears, emotions, and concerns comes from the fear of losing their emasculation. Men do not want to be seen as vulnerable, in need of help, or overwhelmed.

A men’s support group like mensgroup.com, mankind project or the good men project offers a free space for men to vent, share, learn, and grow in an environment free from judgment, shame, or ridicule. Most support groups for men are centered on commonly shared issues, be it financial, emotional, mental, or physical and even sex addict issues. In these groups, men will be in the company of other men going through the same issues, ensuring no fear or shame in sharing and seeking help.

In most men’s support groups, topics on masculinity are often discussed. These conversations help men to recognize how the societal idea of masculinity can be toxic. Men are taught to separate their emotional needs from defining their masculinity. In blended support groups, men may feel less compelled to share, since they do not want to seem weak in women’s presence. An all-male men’s support group makes it easier for men to express who they are without worrying about looking weak or too needy.

In the movie, the cast members represent different issues men face in silence. This includes societal pressure, bad marriages, and mental health issues. In essence, the movie is meant to show how significant being part of a support group can be.

If you are a man interested in being part of a support group, Men’s Group is a men-only online group you should join. The modern-day generation of men lacks a reliable support system that can help them become better men. This is the foundation on which mensgroup.com was formed. Mensgroup seeks to mentor all men while equipping them with the right resources to become better versions of themselves. 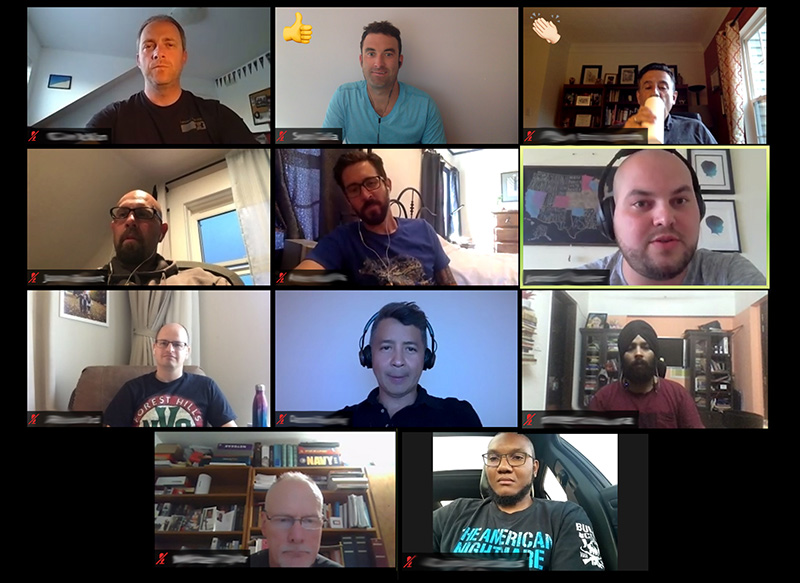 Men need a safe space where they are allowed to share their dreams, fears, and hopes. Mensgroup offers the perfect platform for all men, including young men looking for mentors to help them learn and grow without fear of judgment or ridicule. The company of men in mensgroup has gone through similar issues and managed to heal and find direction to live a better life. In this COVID-19 times, an online support group for men can be the best choice for anyone in need of becoming a better man.