My name is Sean Galla, a facilitator for online support groups and forums dedicated to men. For more than ten years, I have overseen dozens of support groups that cater to the needs of men and help men lead better, meaningful lives.

Part of my journey has involved working with men who have chosen to leave their religious affiliations and are looking for a safe space for their recovery from the religious process. We offer a non-religious space where men can question issues and beliefs and find answers to lifelong questions.

In this article, I will talk about recovering from religion and why it is important. Here is everything you need to know. 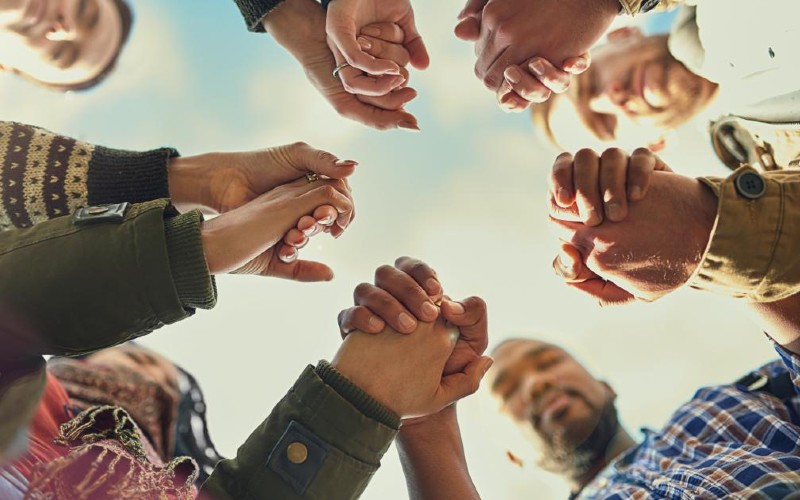 Most freethinkers and humanists once followed Christianity and other religions. The need for a recovery process and the depth of the help needed are determined mainly by how intensely one believed and how deeply indoctrinated the person was.

For most people, the church is a place to find healing and even transformation. For others, being part of religion has been damaging and bruising, the complete opposite of what the church is imagined to be. Many modern churches have weaponized scripture as a way of ‘brainwashing’ followers to a set way of thinking. Having the courage to question these ideas and the way of life of a church can very easily lead to the ex-communication of a congregant.

Most churches condemn members of the LGBTQ community from believing that God condemns them, while single mothers are seen as people who live in sin, with many human desires considered to be evil and sinful. Questioning this stand by the church often causes friction between the church and the questioning individual.

When one fails to get the answers they seek from the church or find answers that contradict the way of thinking of religious organizations, they often prefer to dissociate with the church and religion in general.

Leaving religion and a religious family is often difficult for most people. While they may have made the right choice to stand up for what they believe in, getting sidelined by their religious family often leaves them feeling lost, depressed, anxious, and even suicidal thoughts.

Most people who leave religion struggle with thoughts of the afterlife, feeling like they are failing their God without knowing where to seek help from religion. This condition is commonly referred to as Religious Trauma Syndrome.

On the other hand, if you’re looking for a Veteran Support Group, then join mensgroup.com now.

RTS or Religious Trauma Syndrome is a mental condition that occurs to individuals struggling with recovering from religion. It often follows trauma caused by breaking away from a controlling environment, a lifestyle, or a religious figure. In some cases, the symptoms exhibited by patients of RTS are similar to those of C-PTSD (complex post-traumatic stress disorder) patients.

While it is a real condition, Religious Trauma Syndrome is not considered to be an actual diagnosis, which is why it is not included in the Diagnostic and Statistical Manual of Mental Disorders (DSM 5). This does not make it a non-existent condition as it affects millions of people annually.

Religion is one of the most weaponized belief systems where most of the people in charge twist saying and teachings to fit their agendas. Guilt, condemnation, and shame are the most harmful messages commonly communicated in religious organizations, leading to deep mental wounds and lasting damage to the psyche.

Religious trauma syndrome occurs when a former believer is isolated from his community of believers because they are assumed to be misguided or bad because of thinking differently from the teachings. Having a different way of thinking is met with an intentional effort to be disconnected and shunned by society. This causes trauma, often leaving the person feeling condemned or bad even after leaving the religious system.

Religious trauma syndrome can also occur to people who continue to follow belief systems. These people can often go to extremes of avoiding non-believers and living in isolation as a way of staying away from evil. Living in isolation causes trauma to individuals. It impacts how these believers see the world, sometimes causing them to ignore problems and instead replace worry with continual optimism and faith, waiting for a higher power to fix the issues. This is often referred to as toxic positivity.

Religious trauma can have varying effects on different people. It often leads to very low self-esteem and robs the victim of their self-worth and identity.

On the other hand, if you’re looking for Sexual Abuse Support Groups, then join mensgroup.com now.

Examples and symptoms of religious trauma include:

Recovering From Religion in 7 Steps 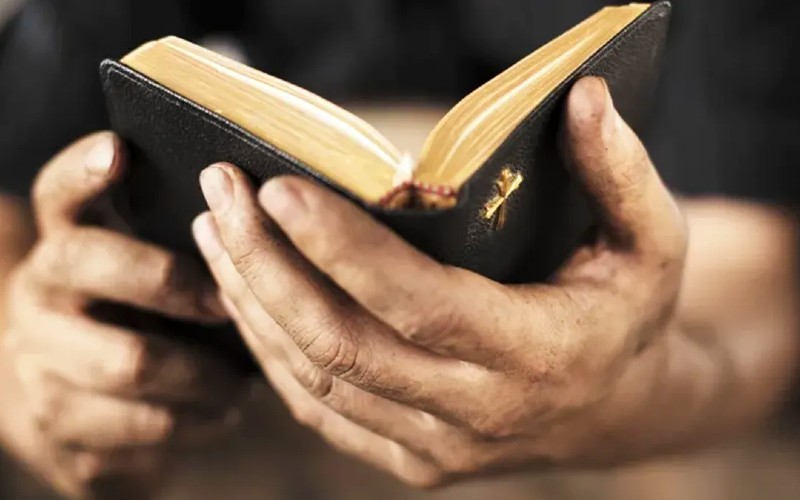 If you have experienced religious trauma, here is how to recover from it.

Accept that it has occurred

Dr. Darrel Ray explains that it is easier for people to make excuses for their indoctrinated childhood or think that things were different. To heal from this trauma, you must recognize it and accept that it was wrong. Even though your community or parents maybe had good intentions, they were misguided, which caused you to experience harm.

Accepting what happened to you opens you up to seeking help.

So, if you’re looking for information about Leaving Religion Group, then join mensgroup.com now!

Get Connected to Healthy Supports & Community

When you leave a religious community, you can fill the empty void left by becoming part of a supportive community outside of your religious community. You can consider joining a non-profit organization, or civic organization like recoveringfromreligion.org, non-religious peer support groups like Mensgroup.com, or the secular therapy project. This will give you a sense of belonging even as you focus on recovering from religion.

Explore your Beliefs & Why You Believe in them

To remain true to yourself, you need to take inventory of what you were taught to believe and what you know to be true. This helps you identify helpful beliefs from those that have been twisted to suit the belief leader’s point of view.

Work on your relationships and create healthy boundaries

Religious trauma is often an indication of a lack of healthy boundaries in your relationships. Most people in belief systems have their decisions made for them without their consent. This may make the need to have your own standards in relationships feel unfamiliar. Healthy boundaries allow room for free-thinking and decision-making.

Determine the kind of future you want

To free yourself from religious trauma, you need to be intentional about creating a life outside of what you experienced as a believer. Come up with a bucket list and make small plans to meet your goals. You can start taking small steps outside of your comfort zone. You should also strive to create relationships with people with different perspectives and backgrounds.

Seek support and remember you are not alone

Religious trauma is more pervasive and universal than imagines. It is important for someone recovering from religious trauma to remember that they are not alone. If you are finding it difficult to overcome the trauma, you can consider joining a support group for people leaving religion. This comprises other people recovering from religion and religious faith doubters willing to offer a helping hand to someone looking for support and help in their journey.

MensGroup is a leading men-only support group that can be the helpline for any man coming out from religious trauma. We understand how difficult it is for men to find supportive communities where they can share freely and ask for support. MensGroup offers a safe place for men to heal and create a new supportive, non-judgmental community around them.

As an online support group, meetings take place in zoom. whether you are in the heart of New York or in Kansas City, you can join in at any time.

So, if you’re looking for information about Sex Support Groups, then join mensgroup.com now. 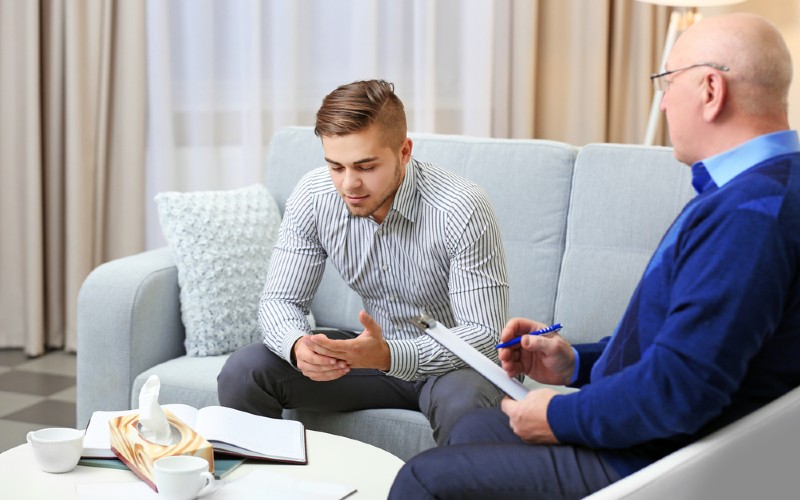 If the trauma is affecting your cognitive function and mental health, it is advisable to seek professional help. While it may be difficult to find a clinician specializing in religious trauma, a trauma-informed therapist for Complex Post Traumatic Stress Disorder (C-PTSD) can support religious trauma survivors. A few nonbelief therapy techniques to explore that have proved helpful for recovering from trauma include EMDR and somatic therapy. You can also listen to podcasts dedicated to religious trauma survivors and find recommendations on the www.recoveringfromreligion.org hotline.

Whether you were a Christian, Jehovah’s witnesses, or anything in between, the process of recovering from religion and identifying as agnostic or atheist can be complicated and different from one person to the next.

This recovering from the religious process can often leave you doubting yourself and questioning whether you are doing the right thing. Connecting with people who have gone through a similar experience in a group like Men’s Group, and seeking the services of a therapist are excellent steps towards a recovery process, making healthy decisions for your mental and emotional well-being, and creating a new future for yourself.