Most men today are victims of fragile masculinity. While known, the topic is rarely talked about, and some men find the topic offensive. So, what is it, and what are the observable signs that you are suffering from it? My name is Sean Galla, an online men’s group facilitator, and I know all about fragile masculinity. This article will tell you everything you need to know about this ‘taboo’ topic.

What Is Fragile Masculinity?

Society and social media have continued to set variable standards and gender roles, and societal expectations force people to conform to these rules blindly. Society is especially unkind to men with hashtags such as #masculinitysofragile trending and sending trolls that make it impossible for young men to show emotion or ask for help. Most men shy away from showing emotions because they fear it makes them lesser men or makes their masculinity seem fragile.

Fragile masculinity is a term used to describe peculiar anxiety experienced by men who feel that doing certain things causes them to fall short of the societal ideal for manhood. While it is not regarded as a type of mental health condition on its own, fragile masculinity can affect a man’s wellbeing. In some cases, it can cause substance abuse and even depression.

Social sciences prove that fragile Masculinity is brought about by a fear men have of appearing too feminine or weak. Often, the term is used against LGBTQ men, especially gays and transgender people. It can also be used to describe a heterosexual man whose manhood is in question for whatever reason.

Hegemonic masculinity sets high expectations for men where they are expected to achieve and defend a high-value status role as the male gender. When a man falls short of these expectations of proving their manhood, they quickly lose the status of a ‘real man’.

These expectations put a lot of pressure on men’s sense of masculinity, and the thought of not being able to prove their manhood triggers anxiety, which causes a man to act out in different ways.

Fragile masculinity is about the anxiety caused by manhood insecurities and the behavior that occurs due to this anxiety. It is not just a sexist fear of punishment or losing respect as a man, but also losing their high-status category membership. It is a fear of not belonging as a man.

On the other hand, if you’re looking for ideas about Toxic Feminism, then join mensgroup.com today!

Why Is Masculinity So Fragile?

While it is not a disease, fragile masculinity is a dangerous emotional weakness experienced by males who feel society has set unachievable standards for what defines a real man and their gender identity.

This demands and coerces men to act in a certain way and needs to be stopped before leading to more severe chaos. Fragile masculinity often sinks a man into depression and other mental frustrations. It has often been found to be a contributing factor to most mass murders perpetrated by men against women in the name of social justice.

Fragile masculinity also poses a great threat to women, no matter the ethnicity, since they are always on the receiving end of male brutality whenever men lash out. This happens when a man feels challenged by a woman and reacts negatively to exhibit dominance over the woman. Some men with fragile masculinity go as far as killing women who reject their advances or achieve financial independence.

Some men react to fragile masculinity by hiding away and avoiding people because he feels less of a man. Some environments make fun of men when they cry, hug, hold hands or wear attires in ‘girly’ colors. These are considered feminine traits, which are characters believed to be unattractive when displayed by men. 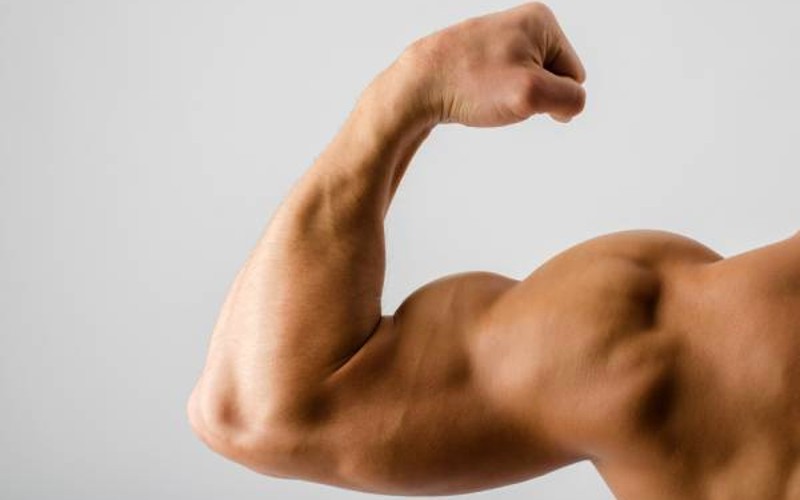 How to Overcome Fragile Masculinity

When a man feels Fragile and finds it hard to identify with his emotions, it often leads to heightened stress levels can lead to anxiety. The best way for men to heal from Fragile Masculinity is by talking to a close friend. In the absence of this friend, one should consider seeking therapy to find the root of their fragility.

During therapy, men are allowed to show vulnerability and openness when talking about their mental struggles with masculinity. Therapy also provides men with coping strategies for anxiety.

Some of the preventive measures they learn in therapy may include:

Some healing measures men learn in therapy include:

Participating in Groups for Men 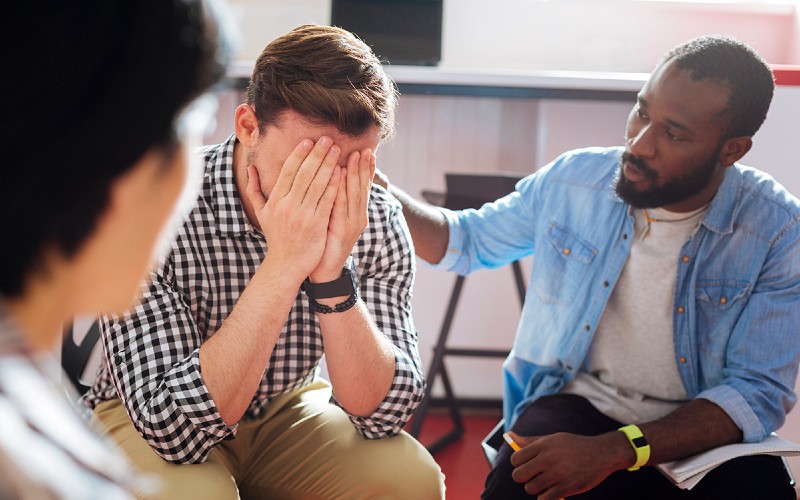 Some of the best fragile masculinity support groups for men include:

This nonprofit corporation brings men together in a space where they can freely exercise their emotions to lead a fulfilling and successful life. Everyman men’s masculinity group uses life-coaching, counseling psychology events, and retreats as part of their service delivery to allow men to be themselves in a natural habitat.

This is a community of men dedicated to promoting emotional wellness amongst men, even as they make lasting changes in their lives and masculinity.

This self-help forum encourages healing, growth, and transformation amongst men. Guy Burstein is a men’s masculinity group created to help men achieve a higher sense of self-awareness. They are also ideal for men looking to learn how to cultivate better personal male relationships.

Even though this is the 21st century, society still expects men to head the home and be the pillar of strength in families. All this is most times at the expense of making friends and having a social life, promoting fragile masculinity. If you are a man who feels like you can use the support of a good group of friends, Men’s Group has all the answers you seek.

Men, too, want to be heard, vent, and sometimes show emotions when overwhelmed. MensGroup offers a safe space where men can seek advice, discuss pertinent issues in society, and learn, all while making meaningful friendships.

Whether you need advice on your career or romantic relationship, support to reach a new goal, or making close guy friends, mensgroup.com is the first place to be.

As an online-based men’s masculinity group, you can join a meeting from the comfort of your home or office. Whether in New York or California in America, or the United Kingdom, MensGroup ensures there are regular meetings online so that men can get the support they need at any time, especially in this pandemic.

Joining a men’s fragile masculinity support group is the best way to overcome male toxicity and misogyny and be comfortable in your masculinity, whatever you define it to be.

In MensGroup, you will be amongst your peers who offer support and accountability to ensure you are consistent in your growth as a positive masculine man. Here, you will enjoy all the benefits that come with being part of a male support group.