A lot has been happening globally, from seminars to social media activism and protests, like the MeToo movement, about how women can end patriarchy. One word that is synonymous with the fight against toxic masculinity is toxic feminism.

Toxic feminism is a term used to refer to how most women react to gender-specific expectations and behaviors meant to keep them quiet, subservient, and submissive in the midst of male aggression and domination. It is also a term used to describe women who use their femininity to get privileges, and mask indirect confrontation using ‘gentleness’.

Just like toxic masculinity and men’s rights movements, toxic feminism or toxic femininity is the product of a patriarchal system or society that calls for an in-depth look to be understood.

The birth of the feminist movement took place in three waves, shaping what feminism means today.

The third wave of the feminist movement has taken shape in the last few decades, pushing for social equality and social justice for women while fighting toxic masculinity.

While political and legal equality is clearly defined, social equality is seen as complicated. The currency wave of contemporary feminism movement consists of women who call out unconscious biases and cultural norms that put women at a disadvantage.

One way the modern feminism movement can fight the harassment and stereotypes in these industries is by actually being there as opposed to sending retweets from the comfort of their location.

On the other hand, if you’re looking for a Fragile Masculinity, then follow mensgroup.com now. 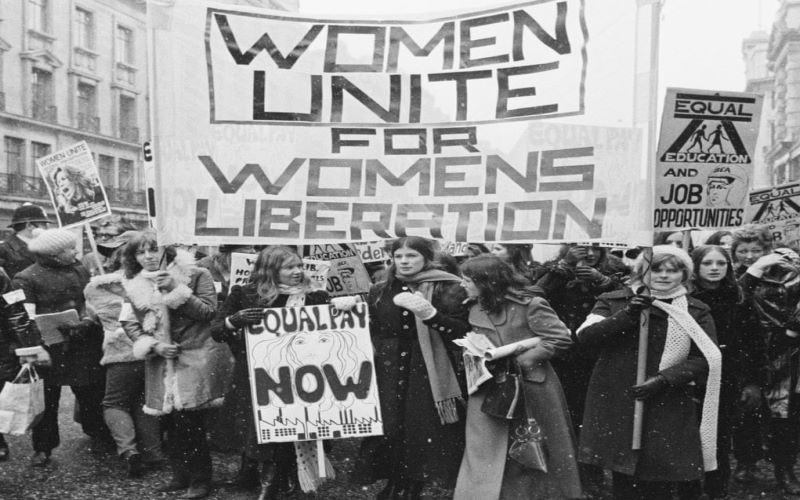 When people have conversations about feminism, they rarely touch on toxic feminism, mostly because most people do not view it as a problem. Most people who have heard of the concept easily dismiss it. However, toxic feminism can be as damaging as toxic masculinity.

To address toxic feminism in the same way the world addresses toxic masculinity it requires defining femininity based on societal expectations. Society expects women to meet their feminine role by dismissing male aggression, pushing them to submissive roles, and putting a lot of emphasis on appearance. This results in the development of mental illness, the inability to pursue positions of power since it is seen as a man’s thing, and reinforcing of masculine beliefs in the next generation.

The result of toxic feminism can also be male hatred, trolling, over-sexualization, and undervaluation of one’s self.

Male hatred can stem from the battle against a patriarchal society. To many feminists, this battle signifies their fights against men who commit crimes such as sexual assault against women.

Based on the information shared in a toxic masculinity group, men characterize feminism as an intimidating, loud movement centered on attacking men even though feminism emerged as a fight for gender equality.

Traditional feminine qualities include compassion, nurturing, empathy, which can become toxic when used to undermine others. Toxic feminism was the product of decades of male dominance where women were not allowed to overpower or dominate men. This forced women to use subtle warfare to get their way as opposed to violence. Because of the inability to fight men’s dominance in the past, women often viewed fellow women as competition for favorable positions.

This women vs. women mindset is present today evident in the way women target fellow women more than they do men. According to statistics, 58% of bullies are women, with their victims being fellow women at least 90% of the time.

Based on statistics, women are up to 21% more likely to report unfair treatment from fellow female co-workers. There has been a lot of conversations about making the workplace safe for women. However, the truth is that the work environment can be as harmful to men too because women can be aggressors.

In the workplace, toxic femininity thrives because women are able to attack men with no consequence since it is not exactly considered to be a form of harassment. This is mainly because women are seen as the weaker sex. For this reason, women get away with aggression because it is often covered under niceness. 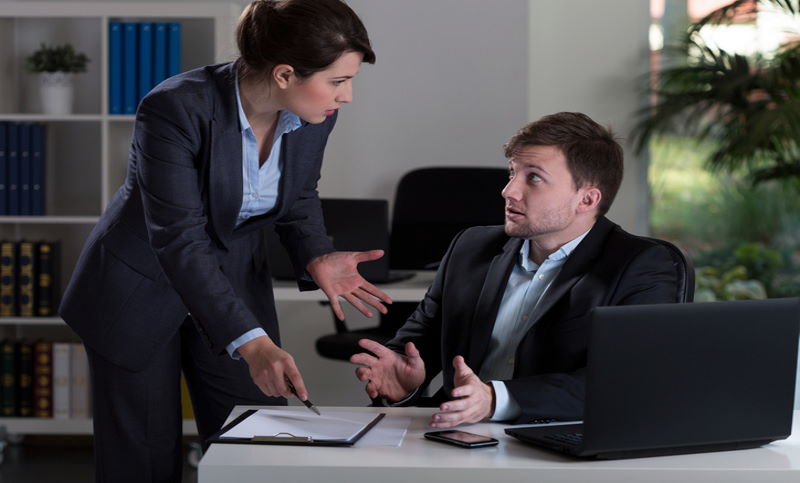 There are many examples of toxic femininity in the Workplace and outside of the workplace. Men need to know what to look out for to ensure they are not falling victim to toxic feminism guised as friendship or niceness from women. Some of the telltale signs of toxic feminism include:

The traditional version of feminism shared amongst most females has in some way contributed to patriarchal norms like women objectification.

The body positive part of the feminism movement was started by women who wanted to rewrite and redefine traditional beauty standards. However, most women still limit their value based on their appearance under the guide of being ‘body positive.’ This undermines their value and objectifies women in the process. Modern feminism emphasizes women of all body types to take part in sexual expression.

Modern feminism encourages women to express their value in other ways like flaunting their creative potential, academic degrees, intelligence, soft skills, and other strengths, which is seen to be more valuable than focusing on the physical aspects of a woman. The movement against beauty standards has taken over a big part of the feminism movement by recognizing the transformative potential women possess by emphasizing strength, creativity, kindness, and intellect as much as society emphasizes sexuality.

Modern feminism should be about incorporating male equality in feminism. This includes encouraging men to learn healthy emotional expression and ensuring fair representations in family courts. This will help fight toxic masculine traits while encouraging men to be more open to feminism without associating it with an attack on their masculinity and unfair societal roles for both genders. 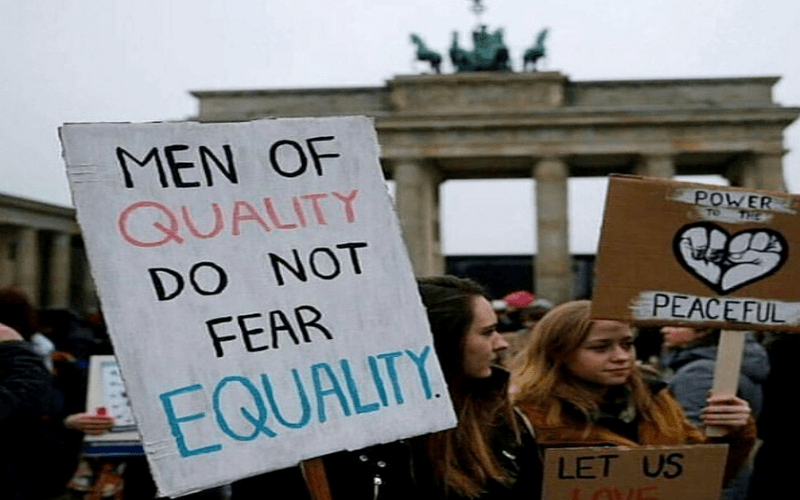 To some extent, toxic feminism is the idea that a white woman is the face of feminism and that white women are the main victims of toxic feminism. This notion undermines the dangers women of color face as a result of misogyny, patriarchy, and systemic racism.

The race issue in feminism is evident in how society views issues affecting white women and women of color, which continues to be the biggest problem with feminism today. Society has often proven that the misogyny, discrimination, and dangers women face are only highlighted when the victim is a white woman.

Stereotypes also play a big role in terms of the extent to which women of color can express their feminist stand. The actions of women of color when expressing passion for what they believe in are quickly associated with aggression and often dismissed as ‘the angry black woman.’ These stereotypes make it easy for society to discredit the ideas of women of color.

On the other hand, stereotypes paint Asian women as subservient and submissive. For this reason, their ideas and words are hardly taken seriously when they choose to speak up since patriarchy has taught society to dismiss women’s opinions.

These layers of oppression often work against the ability of women of color to lead the feminism movement. They are left to blend in the background of the feminist movement as progress continues to shift to white women.

How to eradicate toxic feminism

An important part of feminism is revealing the power and potential women hold without having to use aggression or oppression to be heard or seen. Feminism brings together women through their shared experiences of sexual harassment, misogyny, and sexism. It is important to consider intersectionality to eradicate toxic white feminism that fails to take into account the oppression faced by women of color every day.

Gender equality can only exist when men and women agree that toxic feminism exists like toxic masculinity and come together to bring positive change.

Men’s Group is a self-improvement community for guys dealing with different issues. It is an online group where men can meet during the pandemic. We create and facilitate conversations between guys who are interested in personal growth, including conversations about toxic feminism and how it affects men. If you are interested in learning more about toxic feminism, and protecting yourself from becoming a victim, Mensgroup has all the advice you need about showing up as a man in today’s culture.

Through our thriving forums, drop-in groups, and online men’s groups, we create discussions and friendships that help guys grow around topics like feminism, toxic feminism, toxic masculinity, and masculinity in general. Men in our community enjoy social time with the guys as well. 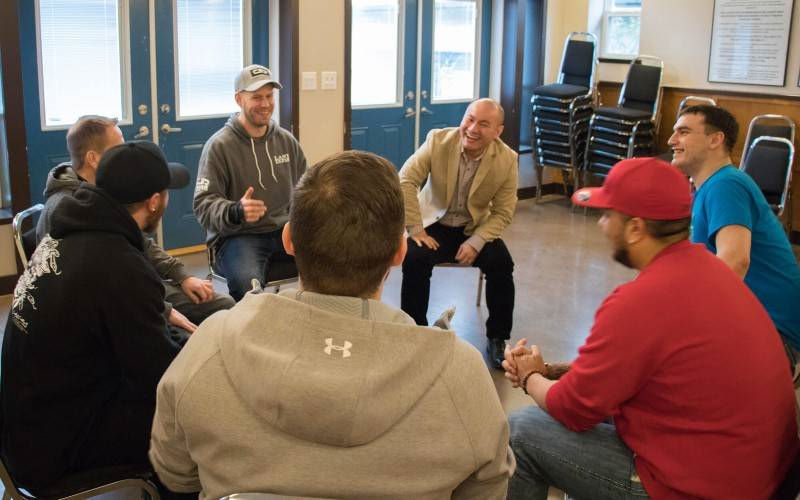