Hi. My name is Sean Galla, a facilitator for online men’s groups with more than 10 years of experience. There are many misconceptions about men’s groups, and it has often made people wonder whether these groups are a haven for scammers ready to clean out their bank account. If you are curious about the validity of men’s groups, this article has everything you need to know about these support forums. In this article, I will answer the question of whether men’s groups are scams.

What Are Men’s Groups?

According to statistics, out of every 5-suicide cases, 4 are men. Without proper support, men too can crack under pressure.

For many generations, support groups were created to offer support and guidance to women. Society had long ignored men’s emotional needs because men were deemed strong and fearless, thus without the need for a self-esteem boost.

In recent times, this narrative has slowly changed. This is partly thanks to the availability of men’s groups in different parts of the world and online social media sites where men can be themselves. Men’s Support groups such as Mensgroup and the Mankind project are created exclusively to offer peer support to men.

A men’s group is a type of forum meant to offer support to men. It is created for American men and men from other parts of the world. In the right men’s group, a man can experience healing, personal growth, success, and happiness.

If you have watched the Welcome To The Men’s Group movie featuring Joseph Culp, Timothy Bottoms, Mackenzie Astin, Phil Abrams, Stephen Tobolowsky, Ali Saam, David Clennon, and Terence J. Rotolo, then you probably have an idea about how men’s groups work, minus the nudity aspect.

These are discussion groups that offer a free and safe space where men can drop in at any time to share, learn, and support one another. Different issues are discussed in a men’s group, including online romance, online dating, romance scams, mental health issues, the MeToo movement, men’s work, dating sites, self-improvement, and how potential victims fall prey to fraudsters.

In a men’s group, men no longer have to feel ashamed or shy of their experiences. Every group member has probably been through a similar issue and is thus willing to help men in need.

Whether you are looking for mental health support, divorce support, chronic illness support, dating guidance, or career advancement advice and guidance, joining a men’s group can be one of the best decisions you ever make.

On the other hand, if you’re looking for a Gay Men’s Group, join mensgroup.com today! 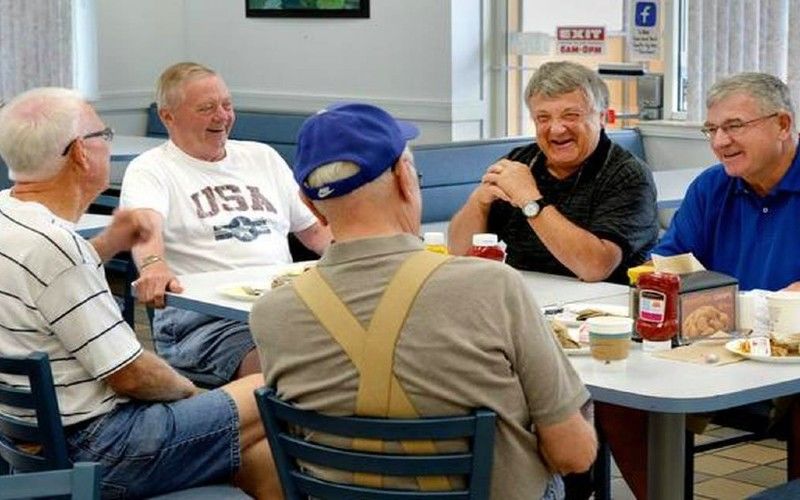 Are Men’s Groups A Scam?

Most people wonder whether joining a men’s group is worth it. To answer the questions, No, Men’s groups are not scams. On the contrary, they are support groups that offer a safe space for men to find healing, acceptance, camaraderie, and the freedom to talk about the issues that affect men in society. Men’s groups have helped thousands of men to lead a better life, become better men and pursue their life’s desires.

There are numerous benefits associated with joining a men’s group. For men, one of the hardest things for them is opening up about their issues. Men find it hard to talk about their feelings or emotions, even when their back is against the wall. Being part of a men’s group gives men a platform to speak openly and share without fear or intimidation. This is the first step required to be able to get the help one needs.

Sometimes, a man can be full of dreams and aspirations but lack the necessary willpower to follow these dreams. Men’s groups work to ensure that the members achieve their goals and live their best life. This is done through mentoring and life coaching. With the right support, young men can achieve success in life at an early age and learn how to maintain their balance even when difficult times come knocking.

They are support networks.

When you join a men’s group, you automatically inherit a long lineage of supportive men who work day and night to help you achieve your dreams and reach your goals. These groups support the boy child, who is often forgotten in society as people focus on the girl child. These groups will offer mentorship, career guidance, peer guidance, and other resources to help you become the best version of yourself.

When part of a men’s group, you will come across people from all walks of life, including African American men, Caucasians, and Hispanics. This gives you a diverse approach to life, drawing from different group members’ different cultures and backgrounds. You can learn a lot from the members as you choose the best blend of methods to deal with different men’s issues. In the right men’s groups, men have the chance to become better men.

Most men’s groups in this 21st century attract men from different economic and social standing. They mainly comprise of disenfranchised young men, male victims of violence, father’s rights advocates, and members of other men’s rights groups all over America, some with affiliations in politics.

They teach about men’s rights.

Men’s groups teach men about men’s rights. These rights groups empower and educate men about their rights in different areas of life, including their rights in society, their rights as fathers, partners, and their rights during a divorce. By learning and understanding your rights as a man, you are better placed to seek the right legal channels or services for yourself and those you love.

On the other hand, if you’re looking for information about Men’s Group Names, then follow mensgroup.com now. 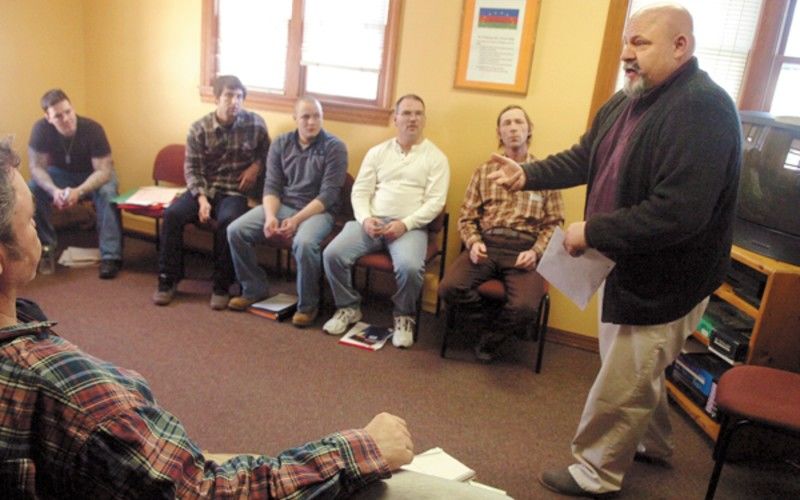 When you search online for men’s groups, you will find multiple results for men’s support groups and men’s group therapy forums in small cities, big towns, and even rural parts of the United States, including Hollywood, Los Angeles, New York, and even Texas.

Being part of a men’s group like men’s health network, mensgroup.com, or national association of men allows you access to a platform where men’s issues are discussed and help is offered. Whether you are going through a lengthy court battle fighting for your rights or need to be part of a group that cares about gender equality and men’s liberation, joining a men’s group can be one of the best decisions you make in life.

You will come across men’s groups for substance abuse and addictions, men’s groups for men’s rights, and even mastermind men’s groups that push men towards their goals. Also referred to as men support groups, these peer-led support forums comprise men and boys who share common interests or issues. In these groups, men find a safe space to talk about life and issues facing men in society openly.

Men’s groups can also be professional therapy groups facilitated by trained therapists or health professionals. These can need specific support groups or general therapy groups. Regardless of the type of men’s groups you join, you can be sure that it is a free space to learn about your rights as a man, get help for whatever you are facing, and help fellow men become better versions of themselves open sharing.

Common characteristics of men’s groups include:

On the other hand, if you’re looking for information about Men’s Talking Group, then follow mensgroup.com now.

Recommendations For The Best Men’s Groups

MKP or The Mankind Project is a community of men in the 21st century. As a non-profit organization, it equips men through training and education with a proven track record of more than three decades. They host life-changing experiences that promote personal development amongst men and boys. The Mankind Project supports a global network of peer-to-peer men’s groups that help and support men to lead a life of authenticity, integrity, and service.

This is a benefit corporation bringing together men from all walks of life to space to freely exercise their emotions to lead a fulfilling and successful life. Everyman uses life-coaching, events, and retreats as part of their service delivery to allow men to be themselves in a natural habitat. They aim to support at least 5 million men in the next five years, making it a community of men dedicated to promoting emotional wellness amongst men. 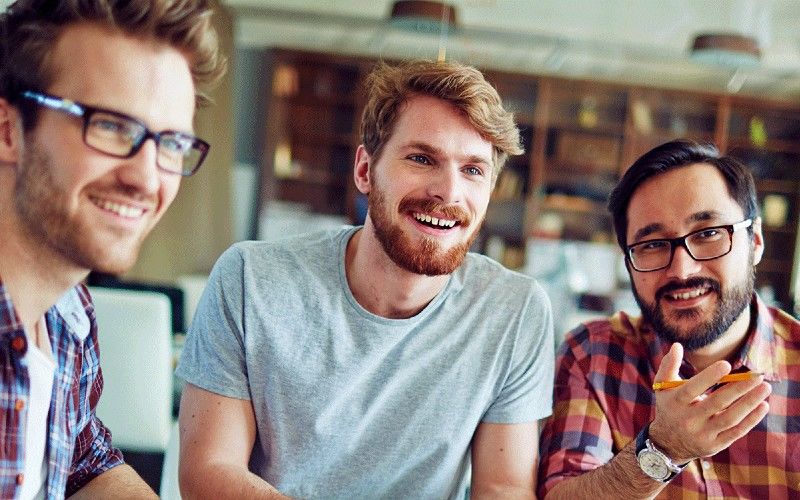 The Cave of Adullam

This is a CATTA (Transformational Training Academy) where boys experiencing emotional distress, mental discontentment, and spiritual debt can be trained and transformed into better men. The facilitator guides the boys through breaking their emotional barriers where men are taught that crying is natural even for them. It involves dads in the training sessions to bond with the young men going through the program.

Men’s Group is an online men’s support group that advocates for men’s rights without conforming to traditional misogynistic approaches and ideas about gender roles. It aims to teach, build, and equip men, young and old, with guidance and knowledge to navigate the various issues they face.

Men’s groups are global men’s movements that strive to inspire and empower men, young and old. They offer them the necessary skills and knowledge to build wholesome, lifelong friendships while combating cultural influences hindering them from becoming the standup men they are meant to be. Joining a men’s group like Mensgroup.com is the first step towards living your best life as a man.