MGTOW: The Ultimate Guide to Men Going Their Own Way Movement

MGTOW: The Ultimate Guide to Men Going Their Own Way Movement

If you watched the movie fight club (1999), you have a grasp of what it is like for men struggling to come to terms with their masculinity and finding ways from their dead-end jobs. The one rule of the club was for them to never talk about fight club.

Almost twenty years later, thousands of men from all over the world have come together to form a men’s rights movement dubbed, MGTOW, or Men Going Their Own Way. The first rule of this manosphere-based group is to swear off women and feminism.

On the MGTOW movement subreddit, there are more than 15000 subscribers on the platform. This group claims to be about “men going our own way by forging our own identities and paths to self-defined success; cutting through collective ideas of what a man is.” Websites such as mgtow.com are dedicated to helping men fight for their sovereignty. This is a group of men who hate women as is evident from their chats and ideas.

My name is Sean Galla, and I will tell you everything you need to know about MGTOW, and why men need healthy alternatives to misogynistic men’s rights movements and activism.

What Exactly is MGTOW? 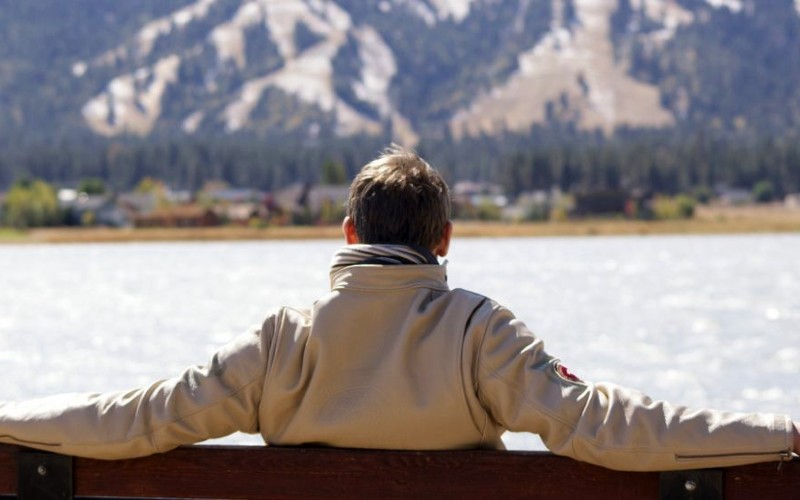 Wikipedia defines MGTOW (Men Going Their Own Way) as “an anti-feminist, misogynistic, mostly online community advocating for men to separate themselves from women and from a society which they believe has been corrupted by feminism.” The MGTOW community is a part of the manosphere, which is a collection of anti-feminist websites and online communities, including the men’s rights movement, incels, and pickup artists (PUAs).

According to the MGTOW website, Men Going Their Own Way “is a statement of self-ownership, where the modern man preserves and protects his own sovereignty above all else.

It is the manifestation of one word: “No”. Ejecting silly preconceptions and cultural definitions of what a man is. ‘Looking to no one else for social cues. Refusing to bow, serve and kneel for the opportunity to be treated like a disposable utility’. And, living according to his own best interests in a world which would rather he didn’t.”

Just like other communities under the manosphere, the MGTOW forum is connected to white supremacist and alt-right movements. It has been implicated in online cases of harassment against women, with the Southern Poverty Law Center categorizing it as a male supremacist ideology.

How MGTOW Came to Be

While no one really knows the origin of the MGTOW ideology, there is a popular belief that it first came to be in the early 2000s. in 2001, a popular blog published the MGTOW manifesto, with earlier membership largely comprising of libertarians. Over the years, the MGTOW community has grown to include prominent online sites and even subreddits, including the r/MGTOW subreddit with members posing as men’s rights activists (MRAs) with members from all over the world, including Toronto, Canada, and even New York.

Around 2015, the MGTOW communities started to merge with the alt-right. Today, both groups overlap in ideology and membership, sharing a common belief that feminism and sexism are responsible for destroying western society, as is evident in their YouTube videos and social sites. MGTOW manosphere communities are also closely associated with white supremacists, populist and authoritarian movements globally.

The MGTOW community members are mostly heterosexual, middle-class, white men based in Europe and North America. 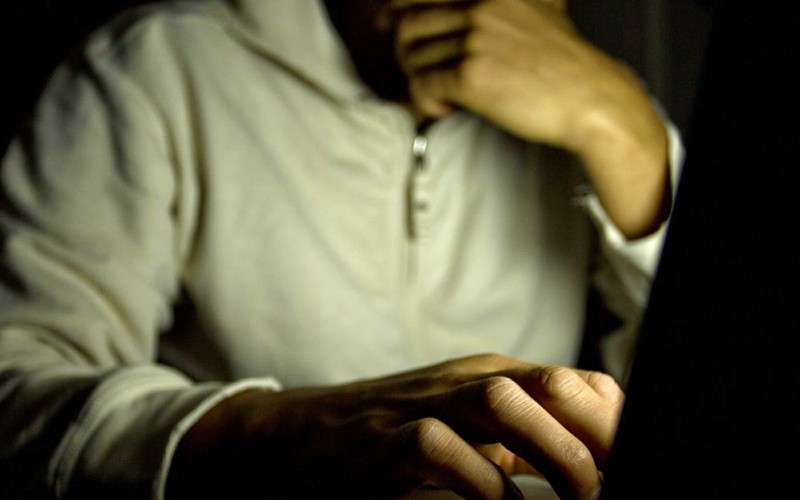 The MGTOW ideology is centered on male separatism and strongly believes that feminism has corrupted society. All MGTOW groups share something in common; they are all misogynist and anti-feminist movements that believe feminism makes women dangerous to men. Therefore, male self-preservation calls for complete disengagement from women.

It is a strong belief in all MGTOW groups, as it is among other manosphere groups, that women follow a predefined pattern when it comes to dating and marriage. They believe that all young and attractive women are promiscuous. They also believe these women purposely practice “hypergamy,” where they have sex with different men and abandon them when a “higher-value” man shows interest.

MGTOW followers believe women naturally gravitate towards ‘alpha men.’ These are attractive men who mistreat them, further solidifying the women’s beliefs in feminism. As a woman starts to age, they choose to settle down with ‘beta males’ who can provide financially, even though they are not sexually attracted to them. With the financial security in check, married women choose to have sex with attractive men outside of their marriage.

According to the MGTOW ideology, these women eventually divorce their husbands and are favored by the courts in the divorce and child support judgment due to what they describe as a female privilege.

The views expressed by the MGTOW community are unorthodox. It comprises of women haters who mobilize against an imaginary conspiracy against men. While others manosphere communities like incel (involuntary celibates) plot revenge on women or the PUAs (pickup artists) use predatory tactics to sleep with women, MGTOW members swear off women altogether. They literally plan to go their own way, preferably very far from women.

MGTOW shares that men are the true victims of feminist organizations and feminist movements like MeToo. MGTOW argues that men are left with no choice but to protect themselves from a powerful lot of ‘rampaging, vindictive women making false accusations.

Men Going Their Own Way Membership

There are four different levels for MGTOW involvement, according to mgtow.com, with the fourth level believed to comprise the most actualized members. The men in level four have shunned all involvement with women.

At the first level (situational awareness level) you find men who believe they are used and manipulated by women but still believe in marriage. Men in the first level are sometimes referred to as “’ purple pilled’. The second level of involvement comprises men against cohabitation, long-term relationships, and marriage but mostly participate in short-term relationships to satisfy their sexual needs.

The third level comprises men who reject even short-term relationships and ensure to limit how often they interact with women. The fourth level, or MGTOW involvement, comprises men who go out of their way to minimize their engagement with the state and society, including where they seek employment, commonly referred to as “going ghost”. 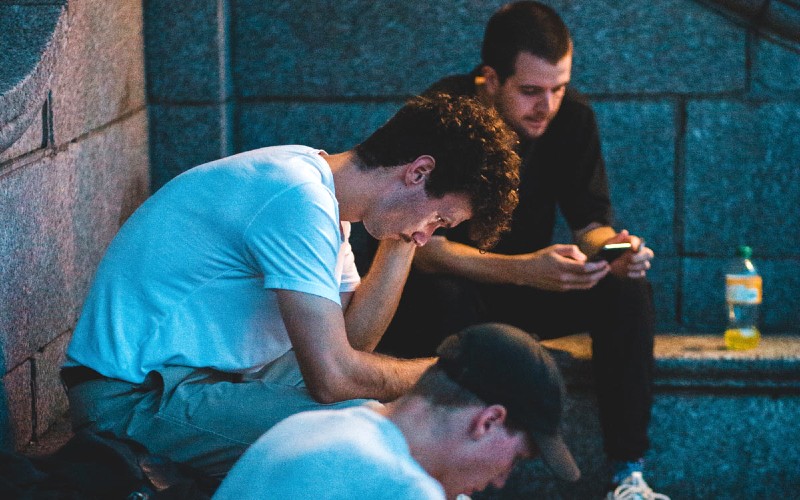 While MGTOW identifies some problems in society like the blurring of gender lines and the bias that may be, their response is negative. The MGTOW website and its presence on social media are characterized by vulgar language and an unexplained or justified hostility toward women, with most of it being misogynic.

The website states that MGTOW “is the manifestation of one word: ‘No.’” Rejecting modern culture’s definition of manhood, they refuse “to bow, serve and kneel for the opportunity to be treated like a disposable utility.” The MGTOW man looks out for one thing, “living according to his own best interests in a world which would rather he didn’t.”

MGTOW seems to have a bone to pick with anyone who opposes their ideology, including the authority. They have a misplaced belief that they deserve to be autonomous and free to exercise supreme authority.

The ideology expressed by MGTOW can be termed as counterproductive because it is based on a man’s ability to completely disassociate from women while remaining entangled in a community that is obsessed with women.

With all the negatives associated with the traditional men’s rights movements like MGTOW, a new generation of men is rejecting the failed MRA approach to men’s rights in favor of equal rights without misogyny or support for violence against women. MensGroup is one of the best gender equality groups available today.

Relationships and divorce issues – divorce and court bias are some of the greatest issues expressed by MGTOW. MensGroup is a platform where issues related to divorce are discussed. MensGroup advocates for men’s rights without forming biases about women or ignoring the faults of men. You will learn a lot about men’s rights and how to express dissatisfaction without expressing toxic masculinity.

Legal issues – MensGroup offers a safe platform where men are free to ask and share information on legal issues related to divorce and other cases common in family court. MensGroup advocates for equal legal rights for men and women.

Finances – MensGroup works to dispel the MGTOW belief that women use men for money. MensGroup members can offer advice on being smart with your money without necessarily becoming stingy to your loved ones.

With all the negative issues associated with Men’s Rights forums, it can become hard for men to find a safe space to champion their rights in a non-toxic environment. Mensgroup.com is one of the very few modern-day men’s rights forums alternatives to MGTOW that help men to advocate for their rights without being dependent on bashing feminism. By joining mensgroup.com, you will be in a place to learn about your rights as a man while also learning how to live a more fulfilling life.