Hi, my name is Sean Galla, a men’s group facilitator for more than ten years. In my line of work, I create a platform where men can meet other men in a safe environment that allows them to address issues affecting men. Topics include toxic masculinity and toxic men’s rights movements like red pill Reddit, men going their own way (MGTOW), and other incels. Men taking time to understand toxic masculinity and how different organizations support it is an important step in righting the gender wrongs that ail society.

In this article, you will learn everything you need to know about the red pill Reddit group and how it affects modern society. 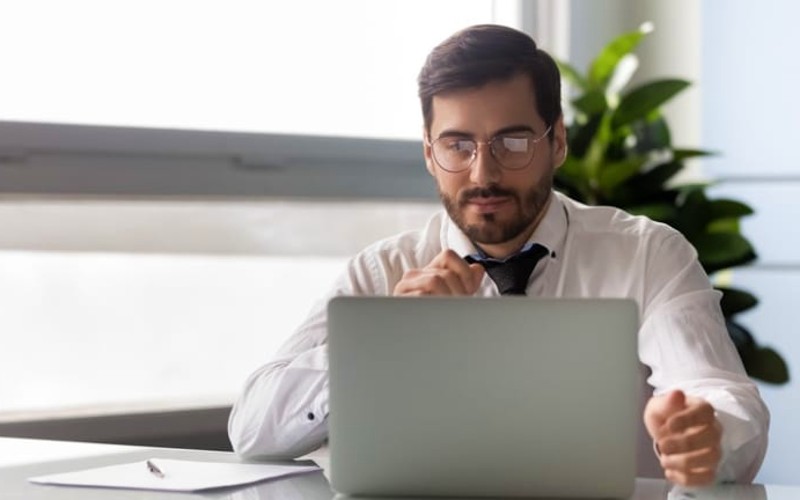 If you are an American who spends a bit of time on social media sites, especially the Reddit online community, you have probably come across the phrase ‘red-pilled’ and even memes about the concept.

This is a term used by Redditors to refer to extremist, self-proclaimed men’s rights activists who are conscious of the dangers posed by feminism. It is commonly used in the subreddit group r/TheRedPill as a den of misogyny where men can go to celebrate their freedom by spending time complaining about women, shaming them based on their sexual market value, planning the next sexual strategy, and blaming women for everything.

The red pill (trp) is a social media incel on reddit.com made up of anti-feminists on Reddit looking for validation through free speech. The head moderator of the group goes by the handle, Morpheus Manfred. This group is based in America and is founded on the belief that society and nature favor women over men. It is a forum of men interested in exploring an ideology based solely on gender roles and spreading conspiracy theories. Men who swallow the red pill maintain that men are the ones disenfranchised.

The red-pilled believe that feminism and misandry are damaging and cite examples to support their point of view, including the notion that society is generally anti-male. More than 200,000 subscribers of the red pill Reddit and subreddits including red pill woman, follow their own language, politics, and culture before the group went offline.

The red pill is a ‘social movement’ that is a bigger part of what is commonly referred to as the manosphere. These are loosely associated with ‘men’s rights movements’ that focus on men’s masculinity and personal philosophy and discuss the black pill.

The red pill movement claims that men taking the proverbial red pill are able to open their eyes to the damaging ways of women and free themselves from falling prey to their grasp. The group claims that once you take the red pill or join the movement, you will finally realize that female oppression is non-existent and that men are the ones in oppression.

Even so, red-pillers believe that men and women are different in terms of evolution and thus should submit to gender roles. They believe that for a long-term relationship to work, women belong in homes raising a family and being available for sex with men, while the men go to work and provide.

The group’s name is derived from a red and blue scene from the movie the Matrix, co-created by Lilly Wachowski, where Laurence Fishburne offers Keanu Reeves (Neo) a choice: “You take the blue pill – the story ends, you wake up in your bed and believe whatever you want to believe. You take the red pill – you stay in Wonderland, and I show you how deep the rabbit hole goes.” The story ends with him choosing the red pill to open up his mind and free him to explore genuine reality.

In this movie, taking the red pill is meant to open a person’s mind to truth and power, while the blue pill will leave one in ignorance and bliss. Members of red pill Reddit consider themselves red-pilled and claim to have gone through an experience that opened their eyes to the dangers of progressivism, feminism, and political correctness.

On the other hand, if you’re searching for information about MGTOW, then join mensgroup.com now.

The subreddit was founded in 2012 by a founder who remained anonymous for most of the group’s existence. Last year, however, in 2020, a report by the Daily Beast claimed that the founder, pk_athiest, was a pseudonym used by then 31-year-old Robert Fisher, the New Hampshire Republican state house member.

After he was exposed for his involvement with Red pill Reddit, Fisher resigned. Like Fischer, most of the other subreddit’s moderators prefer to remain anonymous and use the username “Morpheus Manfred” whenever they get interview invitations. 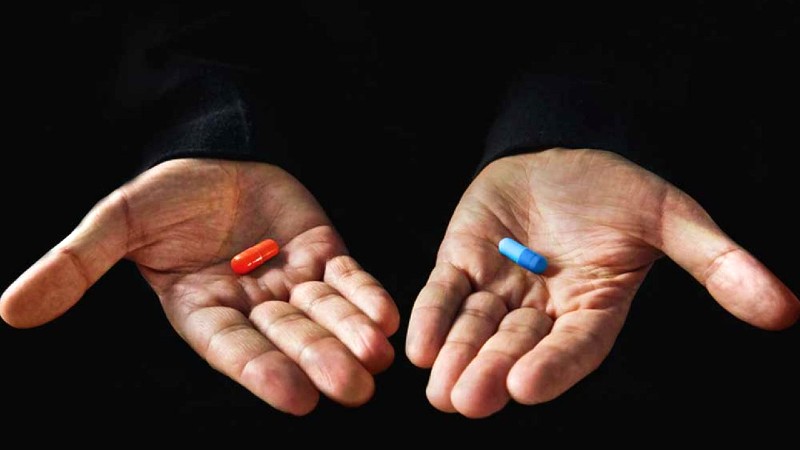 The red pill ideology is centered on male separatism and strongly believes that feminism has corrupted society. All red pill Reddit groups share something in common; they are all misogynist and anti-feminist movements that believe feminism makes women dangerous to men. Therefore, male self-preservation calls for complete disengagement from women.

It is a strong belief in all red pill Reddit groups, as is among other manosphere groups, that women follow a predefined pattern when it comes to dating and marriage. They believe that all young and attractive women are promiscuous. They also believe these women purposely practice “hypergamy,” where they have sex with different men and abandon them when a “higher-value” man shows interest.

Red pill followers believe women naturally gravitate towards ‘alpha males.’ These are attractive men who mistreat them, further solidifying the women’s beliefs in feminism. As a woman starts to age, they choose to settle down with ‘beta males’ who can provide financially, even though they are not sexually attracted to them. With the financial security in check, married women choose to have sex with attractive men outside of their marriage.

According to the red pill ideology, these women eventually divorce their husbands and are favored by the courts in the divorce proceedings due to what they describe as a female privilege.

The views expressed by the red pill community are unorthodox. It comprises of women haters who mobilize against an imaginary conspiracy against men. Misogyny, harassment, praised rape culture, and so-called “pick-up artist” (or PUA) techniques also flourish there

While other manosphere communities like men going their own way and incel (involuntary celibates) plot revenge on women or the PUAs (pickup artists) use predatory tactics to sleep with women, red-pillers focus on using women to pump their masculine ego.

Red pill shares that men are the true victims of feminist organizations and feminist movements like MeToo. Red pill Reddit argues that men are left with no choice but to protect themselves from a powerful lot of ‘rampaging, vindictive women making false accusations.

On the other hand, if you’re searching for information about Incel, then join mensgroup.com now.

Since the movie the Matrix, the red pill ideology has continued to be misguided and misinterpreted, lifting the symbol away from its original meaning and more into the right-wing content.

A lot of people believe that red pilling is a gateway drug to the alt-right. Posts that begin with red pill language often result in violence. The misogynistic language used by supporters gives way to racist and Islamophobic language.

The use of the red pill phenomenon has gotten black celebrities like Kanye west in the middle of the controversy for speaking in support of black slavery, terming it as a choice. He also supports the red pill black founder who claims that the democratic party is the second form of slavery for black people.

The racial brand of red pilling represents many other radicalized variations of the red pill group.

Men like Cesar Soyac sent explosive devices to Donald Trump’s critics. Alex Jones, a far-right conspiracy theorist, and men against feminism have slowly leaked the red pill ideologies outside the group walls. Most men use the red pill ideology without adequately knowing what it means. In May of 2020, Elon Musk tweeted the phrase ‘take the red pill’, on his social media, which got millions of retweets and replies, even from the likes of Ivanka Trump.

The culture of incels, (involuntarily celibate men) is strongly linked to the alt-right groups and several mass murders, including a California killing spree that claimed six lives and a van attack in Toronto that left 10 dead.

While the red pill ideology has made headlines for a long time, most people still do not truly understand what it takes to be indoctrinated into the movement’s way of thinking and the effects of this process. The manosphere phenomenon should not be ignored or downplayed, especially when alt-right white supremacy, misogyny, and anti-Semitism are rising, contributing to violence against women.

With all the negatives associated with the traditional men’s rights movements like the red pill, a new generation of men is rejecting the failed MRA approach to men’s rights in favor of equal rights without misogyny or support for violence against women. MensGroup is one of the best gender equality groups available today. 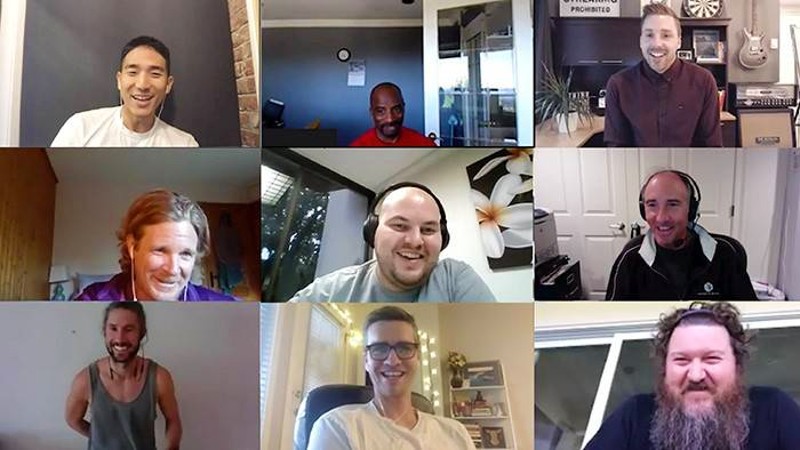 Men’s Group is an online support group for men, including young men, that advocates for men’s rights without following the conventional misogynistic approaches and ideas about gender roles. It aims to build, teach and equip men with knowledge and guidance to help them through the various issues they face.

Topics discussed in the MensGroup forum include men’s rights, a man’s place in society, masculinity, divorce, child support and child custody issues, finances, and even dating. You can join a meeting via zoom from New York or anywhere else in the world.

With all the negative issues associated with Men’s Rights forums, it can become hard for men to find a safe space to champion their rights in a non-toxic environment. Mensgroup.com is one of the very few modern-day men’s rights forums alternatives to a red pill that help men advocate for their rights without being dependent on bashing feminism. By joining mensgroup.com, you will be in a place to learn about your rights as a man while also learning how to live a more fulfilling life.