What Is the Red Pill? 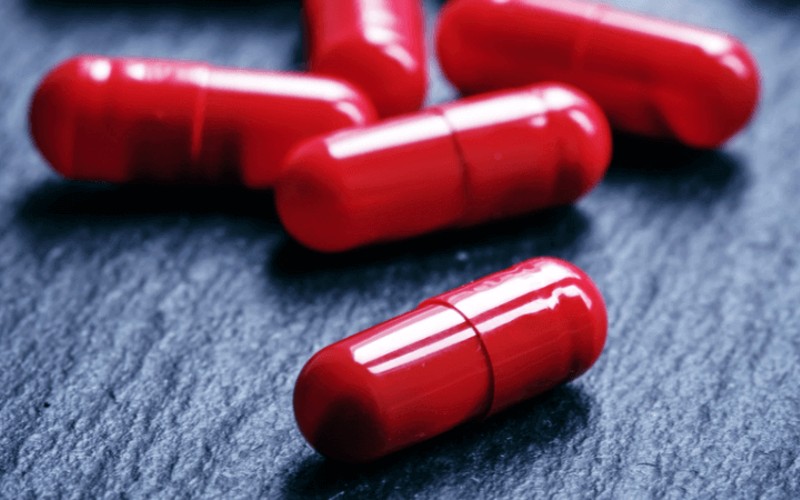 The red pill is an internet incel made up of anti-feminists on Reddit. The head moderator of the group goes by the handle, Morpheus Manfred. This group is largely based on Reddit and is founded on the belief that society and nature favor women over men. It is a forum of men interested in exploring an ideology based solely on gender roles. Men who swallow the pill maintain that men are the ones disenfranchised.

The red-pilled believe that feminism is damaging and cite examples to support their point of view, including the notion that society is generally anti-male. More than 200,000 subscribers of the red pill Reddit followed their own language, politics, and culture before the group went offline.

The red pill is a ‘social movement’ that is a bigger part of what is commonly referred to as the manosphere. These are loosely associated with ‘men’s rights movements’ that focus on men’s masculinity and personal philosophy for men and also discuss the black pill. As an outsider looking in, the red pill may seem like another ordinary men’s banter group. However, a closer look reveals an anti-feminist movement comprising men comfortable exhibiting toxic masculinity traits.

The red pill movement claims that men taking the proverbial red pill are able to open their eyes to the damaging ways of women and free themselves from falling prey to their grasp. The group claims that once you take the pill or join the movement, you will finally realize that female oppression is non-existent and that men are the ones in oppression. Even so, red-pillers believe that men and women are different in terms of evolution and thus should submit to gender roles. They believe that women belong in homes raising a family and being available for sex with men, while the men go to work and provide.

So if you’re looking for information about Men Going Their Own Way, then join mensgroup.com today!

Where Did the Red Pill Ideology Come From?

The Misandry Bubble, a blog post written in 2010, has long been used as the red pill manifesto for more than a decade. While it is a long read, the blog generally expresses the idea that the western world has slowly grown into a civilized society that overvalues women and undervalues men.

The group’s name is derived from a red and blue scene from the movie the Matrix, co-created by Lilly Wachowski, where Laurence Fishburne offers Keanu Reeves (Neo) a choice: “You take the blue pill – the story ends, you wake up in your bed and believe whatever you want to believe. You take the red pill – you stay in Wonderland, and I show you how deep the rabbit hole goes.” The story ends with him choosing the red pill to open up his mind and free him to explore genuine reality.

For this movement, their rabbit hole is finally being able to see women for who they are. According to them, women run the world without being responsible for it, with the men falling victim to this irresponsibility.

On the other hand, if you’re searching for information about MGTOW, then join mensgroup.com now.

Who Chooses to Swallow the Red Pill? 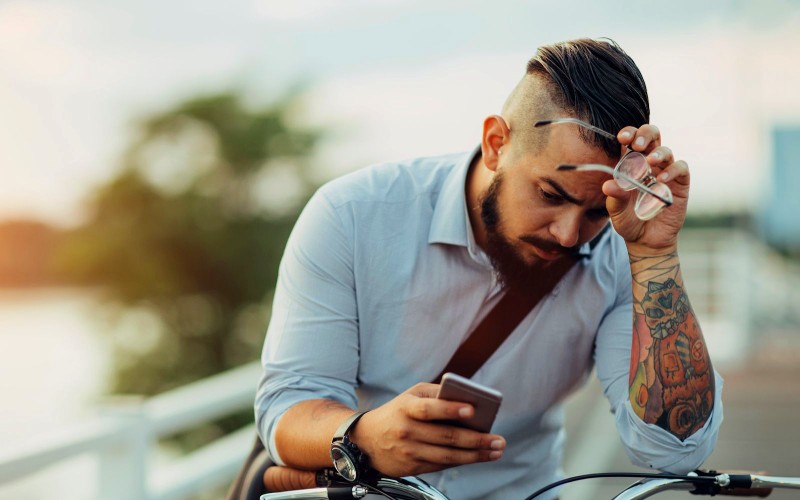 In the real world, most members of the red pill group are men who have had a string of bad luck when it comes to love and relationships. These are men who are unlucky when it comes to dating or men who feel that women have wronged them. It also comprises men who have gotten tired of what they refer to as the worldview culture of misandry and how society seems to favor women over men.

According to the founder, the group comprises men who want to be better for women even though they possess temporary anger towards the opposite gender.

Red pill community members take time to dissect the theory by sharing ‘field reports’ about their latest experiences with women and texting rants about women, feminism, and other topics. While the group comes off as a male advocacy group, little to no activism takes place. According to the group founder, this is because most red-pillers feel that issues are beyond fixing.

Contradictions in the Red Pill Community

While the red pill is a group that claims to uphold men’s rights by pushing agendas and unpopular opinions about women, you cannot fail to recognize how focused the group members are on seducing and attracting as many women as possible. Unlike the MGTOW subset that swears off women, the red pill members want to associate with women and still speak up against them.

While the red pill group claims that it stands for sociological liberation and self-improvement, it often finds itself muddling waters with ideologies that dictate how men and women should relate. Most group discussions emphasize on pickup-styles, referred to as games, that they believe should be ideal when a man wants to copulate with a woman.

According to the group, a man with a game is able to turn a conversation with a woman into gender mind wars where the strategy is to come off as attractive and as smart as possible by carefully picking every word. Most red-pillers compare this disingenuous way of attracting women to wearing makeup. According to them, men enjoy good looks, and this is why women wear makeup, while women are attracted to strong, masculine personalities. The only difference is that women put effort into looking good while most red pill members barely put in the effort to grow their masculine personality genuinely.

Since the movie the Matrix, the red pill ideology has continued to be misguided and misinterpreted, lifting the symbol away from its original meaning and more into the right-wing content. The use of this phenomenon has gotten black celebrities like Kanye West in the middle of the controversy for speaking in support of black slavery, terming it as a choice, and supporting the red pill black founder who claims that the democratic party is the second form of slavery for black people.

The racial brand of red pilling represents many other radicalized variations of the red pill group.

The effects of believing in the red pill movement have negatively affected society. Men like Cesar Soyac sent explosive devices to Donald Trump’s critics. Alex Jones, a far-right conspiracy theorist, and men against feminism have slowly leaked the red pill ideologies outside the group walls. Most men use the ideology without adequately knowing what it means. In May of 2020, Elon Musk tweeted the phrase ‘take the red pill’, on his social media, which got millions of retweets and replies, even from the likes of Ivanka Trump.

While this ideology has made headlines for a long time, most people still do not truly understand what it takes to be indoctrinated into the movement’s way of thinking and the effects of this process. The manosphere phenomenon should not be ignored or downplayed, especially when alt-right white supremacy, misogyny, and anti-Semitism are rising, contributing to violence against women. 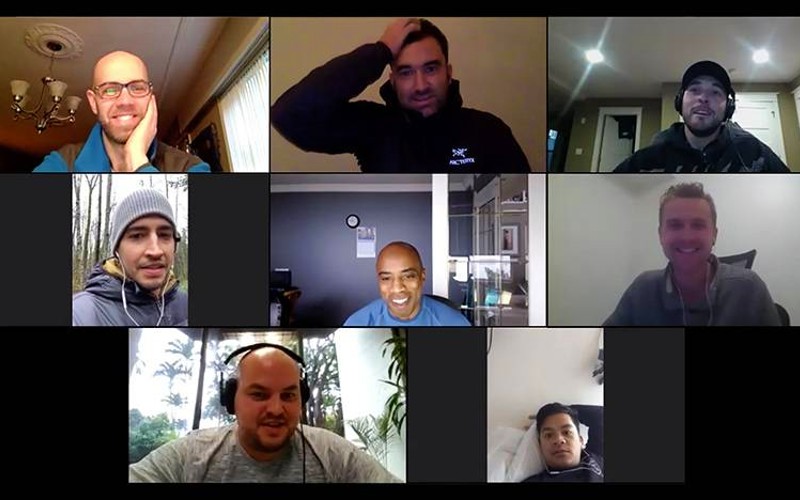 Is there a better way to fight for men’s rights?

With all the negatives associated with the traditional men’s rights movements like the red pill, a new generation of men is rejecting the failed MRA approach to men’s rights in favor of equal rights without misogyny or support for violence against women. MensGroup is one of the best gender equality groups available today.

Divorce and Custody issues – divorce and court bias are some of the greatest issues expressed by red-pillers. MensGroup is a platform where issues related to divorce are discussed. MensGroup advocates for men’s rights without forming biases about women or ignoring the faults of men. You will learn a lot about men’s rights and how to express dissatisfaction without expressing toxic masculinity.

Legal advice – MensGroup offers a safe platform where men are free to ask and share information on legal issues related to divorce and other cases common in family court. MensGroup advocates for equal legal rights for men and women.

Money – MensGroup works to dispel the red pill belief that women use men for money. MensGroup members can offer advice on being smart with your money without necessarily becoming stingy to your loved ones.

With all the negative issues associated with Men’s Rights forums, it can become hard for men to find a safe space to champion their rights in a non-toxic environment. Mensgroup.com is one of the very few modern-day men’s rights forums alternatives to a red pill that help men advocate for their rights without being dependent on bashing feminism. By joining mensgroup.com, you will be in a place to learn about your rights as a man while also learning how to live a more fulfilling life.