Are you looking for no more Mr. nice guy quotes? Are you looking for inspiration on how to be a badass and live a free life? Are you considering breaking free from being a nice guy? Are you tired of always being the only person in the friend zone? Are you having a difficult time understanding why people are not drawn to you? Do you find meaning in the Alice Cooper song, no more Mr. Nice guy? If your answer is yes to any of these questions, this article is for you.

Hi. My name is Sean Galla. I have been facilitating men’s groups for more than 10 years. In general, part of my work involves teaching and training men self-help ways of how to stop being nice guys and people pleasers. During our sessions, we help men shed the nice guy syndrome by focusing on famous no more Mr. nice guy quotes. If you are looking for inspiration on how to get the relationship, career, or social connections you crave, this article lists famous lines from the no more Mr. nice guy book. Don’t just let life happen, take control of it now, even if it frightens you. 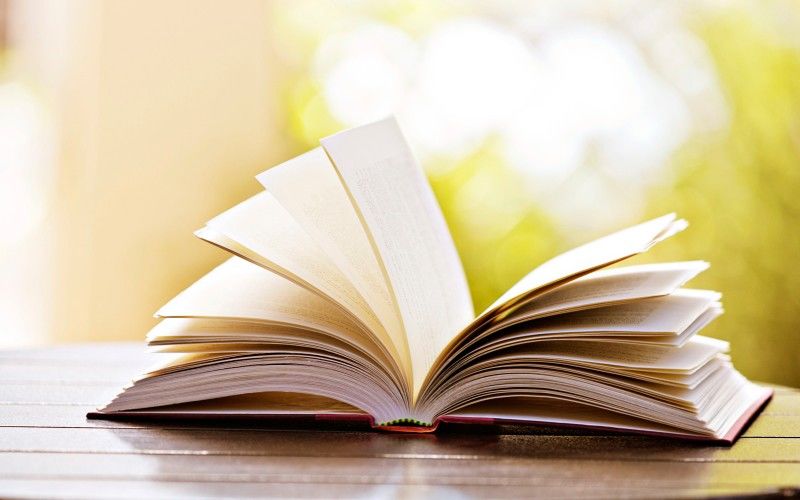 “Just about everything a Nice Guy does is consciously or unconsciously calculated to gain someone’s approval or to avoid disapproval.” –  Robert A. Glover.

“One Nice Guy asked me, “If a man is talking in the forest and no woman is there to hear him, is he still wrong?” – Robert Glover.

“Relationships are messy and there is no way to eliminate the bumps and potholes, but we don’t have to make them any more difficult than they already are.” – Robert A. Glover

On the other hand, if you’re searching for information about Nice Guy Syndrome, then follow mensgroup.com now.

“Self-respect, and courage, with integrity, look good on a man.”  – Robert Glover

“When our god fails to respond in the ways we expect, we humans tend to respond in one of two ways. We either blindly intensify our acts of worship or lash out in righteous anger.”  – Dr.Glover.

“An integrated male possesses many of the following attributes: •He has a strong sense of self. He likes himself just as he is. •He takes responsibility for getting his own needs met. •He is comfortable with his masculinity and his sexuality. •He has integrity. He does what is right, not what is expedient. •He is a leader. He is willing to provide for and protect those he cares about. •He is clear, direct, and expressive of his feelings. •He can be nurturing and giving without caretaking or problem-solving. •He knows how to set boundaries and is not afraid to work through conflict.”  – Robert A. Glover.

“Life isn’t a merry-go-round, it’s a roller coaster. Life won’t always be smooth, it may not always be pretty, but it will be an adventure — one not to be missed.”  –  Robert Glover.

“In dog obedience school we learned that if you want an undesirable behavior to go away, you stop paying attention to it.”  – Robert A. Glover.

“There is plenty for everyone. Everything we need is flowing by us — all we have to do is get out of the way of our own small thinking and let it come. Look”  – Robert A. Glover 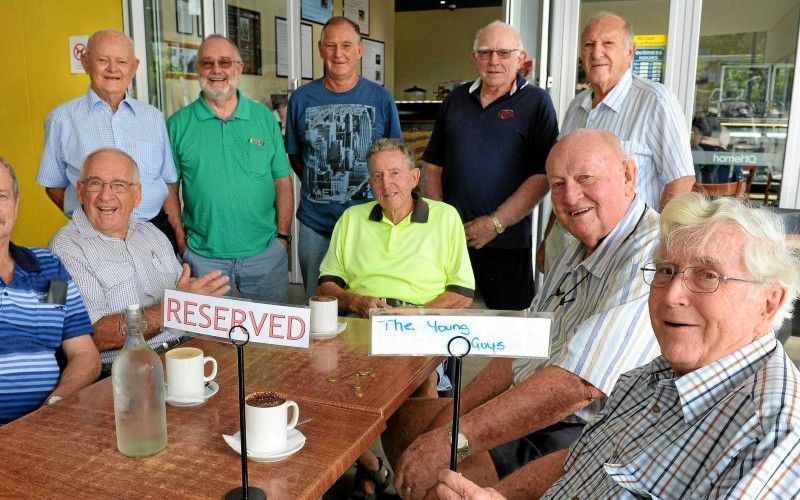 “Surrendering Helps Nice Guys Reclaim Their Personal Power Ironically, the most important aspect of reclaiming personal power and getting what one wants in love and life is surrender. Surrender doesn’t mean giving up, it means letting go of what one can’t change and changing what one can. Letting go doesn’t mean not caring or not trying. Letting go means letting be. It is like opening up a tightly clenched fist and releasing the tension stored inside. At first, the fingers will want to return to their former clenched position. The hand almost has to be retrained to open up and relax. So it is with learning how to surrender and let go.”  – Robert A. Glover.

So if you’re looking for information about How to Stop Being a Nice Guy, then join mensgroup.com today!

“He came to realize that he would be OK regardless of whether he and Barb made it as a couple. Much to his surprise, their relationship began to improve. As he let go of trying to solve her problems and detached from her moods, Gil found that he had fewer frustrations and resentments. He even began to see Barb as a “gift” to help him work through his issues with his angry father. A year later he announced to his men’s group that he and Barb had set a date to get married. He reported that they were getting along better than he would have ever imagined. He shared that the turning point seemed to be when he made the decision that he didn’t care whether they made it together or not. That decision represented a conscious letting go of trying to control something that was clearly not in his control. Ironically, he shared that the process of letting go allowed him to receive what he really wanted.”  – Robert A. Glover.

“List one fear that has been controlling your life. Once you decide to confront the fear, begin repeating to yourself, “I can handle it. No matter what happens, I will handle it.” Keep repeating this mantra until you take action and stop feeling fear.”  – Robert A. Glover.

“Fathers need to take their sons hunting and fishing, work on cars with them, take them to work, coach their teams, take them to ball games, work out with them, take them on business trips, and let them tag along with them when they go out with the guys. All of these activities help boys move successfully into the male world. This process is not just limited to a man’s biological sons. Nice Guys can get involved with young relatives, scouts, sports teams, school activities, or big brothers.”  – Robert A. Glover.

“Surrender allows recovering Nice Guys to see each life experience as a “gift” from the universe to stimulate growth, healing, and learning. Instead of asking, “Why is this happening to me?” the recovering Nice Guy can respond to life’s challenges by pondering, “What do I need to learn from this situation?” – Robert A. Glover.

“I’m a chameleon,” revealed Todd, a 30-year-old single Nice Guy. “I will become whatever I believe a person wants me to be in order to be liked. With my smart friends, I act intelligent and use a big vocabulary. Around my mother, I look like the perfect loving son. With my dad, I talk sports. With the guys at work, I cuss and swear … whatever it takes to look cool. Underneath it all, I’m not sure who I really am or if any of them would like me just for who I am. If I can’t figure out what people want me to be, I’m afraid I will be all alone. The funny thing is, I feel alone most of the time anyway.”  – Robert A. Glover.

“I define personal power as a state of mind in which a person is confident he can handle whatever may come. This kind of power not only successfully deals with problems, challenges, and adversity, it actually welcomes them, meets them head-on, and is thankful for them. Personal power isn’t the absence of fear. Even the most powerful people have fear. Personal power is the result of feeling fear, but not giving in to the fear.” –  Robert A. Glover.

“A Force Of Nature The very thing that makes sex so exciting is exactly what makes it so terrifying. Sex is powerful, chaotic, and wild. It crackles with cosmic energy. It draws us like a moth to a flame. As recovering Nice Guys release their sexual shame and fear, take responsibility for their own pleasure, refuse to settle for bad sex, and practice being just who they are, they put themselves in the position to embrace this cosmic force without fear or reservation. This is when the sex really gets good.”  – Robert A. Glover.

“Good sex consists of two people taking full responsibility for meeting their own needs. It has no goal. It is free of agendas and expectations. Rather than being a performance, it is an unfolding of sexual energy. It is about two people revealing themselves in the most intimate and vulnerable of ways. Good sex occurs when two people focus on their own pleasure, passion, and arousal, and stay connected to those same things in their partner. All of these dynamics allow good sex to unfold in unpredictable, spontaneous, and memorable ways.” – Robert A. Glover.

“When recovering Nice Guys decide they will no longer settle for anything less than good sex, they begin to take responsibility for doing something different. •They let go of the concept of being a great lover. •They practice being clear and direct. •They choose available partners. •They don’t settle for scraps. •They decide that bad sex is not better than no sex!” – Robert A. Glover. 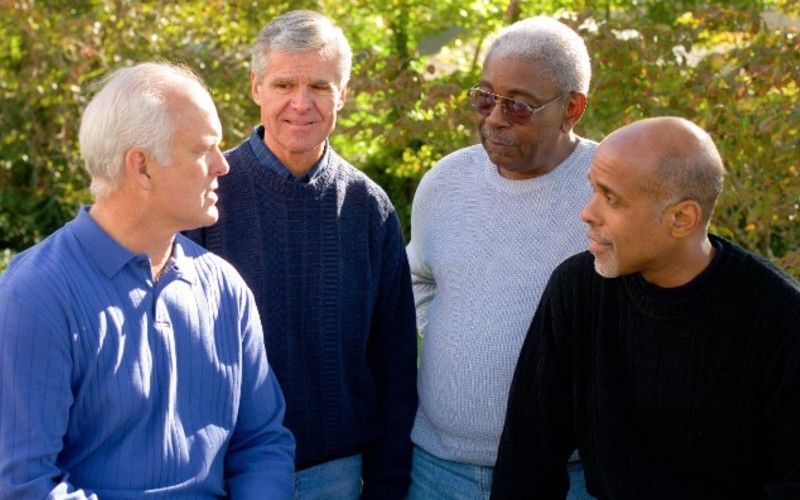 “The following are a few of the ways Nice Guys unconsciously maintain a monogamous bond to their mothers. Look over the list. Note any of the behavior patterns that may serve to keep you monogamous to your mother. Share this information with a safe person:

“covert contracts and caretaking only lead to frustration and resentment.”  – Robert A. Glover, No More Mr. Nice Guy

Men’s Group is a men-only support group that helps men put in the work to become good men without being nice guys. Joining Mensgroup is the best way to overcome the nice guy syndrome and live a truly fulfilling life. Join us now!