How To Control Your Emotions! Manage Your Feelings In 8 Simple Steps

How To Control Your Emotions! [8 Simple Steps]

Most of us men struggle with emotions. We don’t know what we’re feeling, where these feelings come from or how to control them.

If you are confused about how to control your emotions, know that it’s not your fault man. It is a common topic in a men’s group that you will run into over and over again. Young men were never taught about their emotions and society continues to provide negative reinforcement for men that do share their feelings openly.

In this article I’m going to share an emotional situation I found myself in as an example of how you can apply these eight simple steps to help you learn how to manage your emotions.

How To Control Your Emotions When They Come Up…

I received some surprising news and my first emotional reactions were to be like “fuck you”! “Fuck our friendship!” and blow up parts of my life.

Yep, everyone struggles with their emotions at times. Events that cause us to feel a lot can lead to emotional decision making.

Luckily I fell back onto a process that I learned in men’s group from a good friend. In my men’s group, one of the most popular men’s group topics is how to manage emotions.

So that’s the point of this article and video along with me sharing my embarrassing story and the valuable emotional management skills I learned in men’s groups.

Hopefully, you’ll take away something that could help you manage a really emotional situation and stop you from taking it out on people around you or blowing up good parts of your life and creating some positive out of it in some way.

How I Managed My Emotions (Poorly)

I’ve been learning guitar. Part of what I wanted to learn was how to jam, so I’ve been hosting a jam night in my garage.

There’s been talk lately of it turning into a band because it’s been so good! I started to get a little excited about the idea of starting a band.

Then my friend called me yesterday – who’s leading the band. He said, “Hey Sean, uhhhh about the band. We’re going to do it without you. I told him it’s the right move for everyone involved.

But then as soon as I put the phone down all of a sudden the ANGER welled up and I just started pacing around. I felt so tense!

Luckily I’d remembered a situation we had in a men’s support group. This guy was going through an emotional situation and the other guys recommended this simple step-by-step process that he could use in a situation where he feels overly emotional and is about to do reckless things that could blow up his life.

So that’s what I want to share with you.

How To Control Your Emotions As A Man

Here is the step by step processed I learned from one of our online men’s support groups use all the time – including this situation – that helps me control and manage my emotions when things get heated. I’ve seen guys use this technique with everything from a fight with a coworker to a father dying.  It doesn’t matter if it’s your romantic relationship, your family, your work or your friends, the process remains the same.

Step #1 – Disengage From The Situation

You know, in that moment I wasn’t clear on what I was feeling or why I was feeling so intensely or what I even wanted from the situation. So what good would it do re-engaging with that person in an emotional moment? Things are only going to escalate further and cause more conflict.

Luckily this news was delivered to was over the phone, so I just didn’t call him back. But in person, I’ve had to do this and it’s more like “hey I need some time to think through this”. Whatever I can do to get out of the situation.

Note: I’ve learned from many of our online men’s groups that any men isolate themselves in these situations. That’s not the point. The point is to go away, re-group and then re-engage.

Sometimes people don’t understand, but again that’s better than communicating as a man from an emotionally charged place where you could do more harm to the situation and everyone involved. 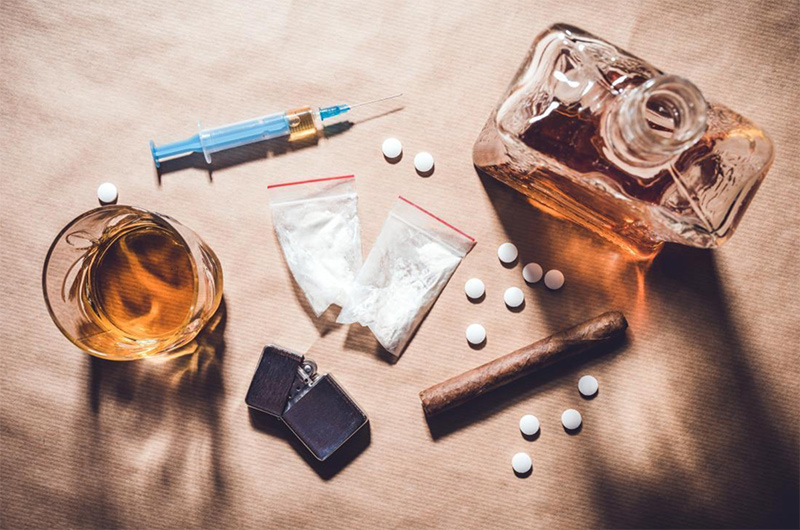 Anything to relieve these uncomfortable feelings that I was experiencing and all the tension.

Instead of doing that I called a supportive friend. A guy I know through my men’s group. He reminded me of the rest of the steps for this process.

Now if you’d have a close supportive guy friend or family member that you feel comfortable sharing stuff with, I can’t speak highly enough of services like counselors and men’s groups. The ability to just share everything and have people listen, empathize and offer guidance can often relieve a lot of the intensity from an emotional situation and will leave you feeling a lot better.

Step #4 – Give Yourself Alone Quiet Time

The next step was to just go and be alone and have quiet time.

As a man, I was never taught how to listen to my emotions, let alone control them, so I have to get quiet to hear them and sort through my feelings.

In this case, I drove home and turned the stereo off so I could just hear my own thoughts. When I got home I took the dog out for a walk instead of going out and seeing people I spent the evening just cleaning my house.

I realized that I couldn’t fully feel what’s happening or sort through it because I was getting choked out with anger.  This is very common for men.

Growing up as little boys we were taught that anger is good. In sports it’s useful. It’s encouraged. But sadness or feeling hurt or whatever is not. We get made fun of for these feelings and get called “pussies”. So a lot of times us men, we can go straight to anger. Jocko Willink’s controlling emotions summarizes this well.

The anger effectively blocks or covers up other feelings. It sits on top of the true feelings.

This is a challenge because the anger stops us from feeling what’s really there and so what I do – this is something I learned from my men’s group – was I get the anger out somehow first. That’s what this punching bag is here for. So that I can get the rage out when needed. Then I feel clear to sit down and sort through what I’m actually feeling in those moments.

So I’ll hit the punching bag. I’ll go for a short run. I know people that punch pillows or scream into the pillows or whatever. Anything you can do to move that stuck, tense energy that’s in your chest and your throat.

So ideally you will move the anger and anxiety in a men’s circle or something similar before you sort through things.

Once you’ve allowed yourself to get out some of that anger and angst then you put the pen to paper!

I literally just write bubbles and in the middle, I’ll put the situation and then I’ll write different bubbles around it. They’ll expand out and thoughts will come up and all sorts of stuff.

For example, in this situation, I felt unappreciated. I was afraid my jam night was going to fall apart. I put a lot of effort into it.

Most importantly, I realized that I’ve actually had a past of starting communities. In some of them, I didn’t feel very appreciated and there’s been one or two that fell apart or evolved away from me that didn’t include me and I felt quite hurt by that.

The best system for journalling I have used is the Mind Map. It is where you draw your primary topic in the middle and then create little bubbles off of it for different thoughts or points.

Mind maps come in all varieties. Some people make lines and notes. Others bubbles. Others use colors to jog creativity. Regardless of what it looks like the process in the same: 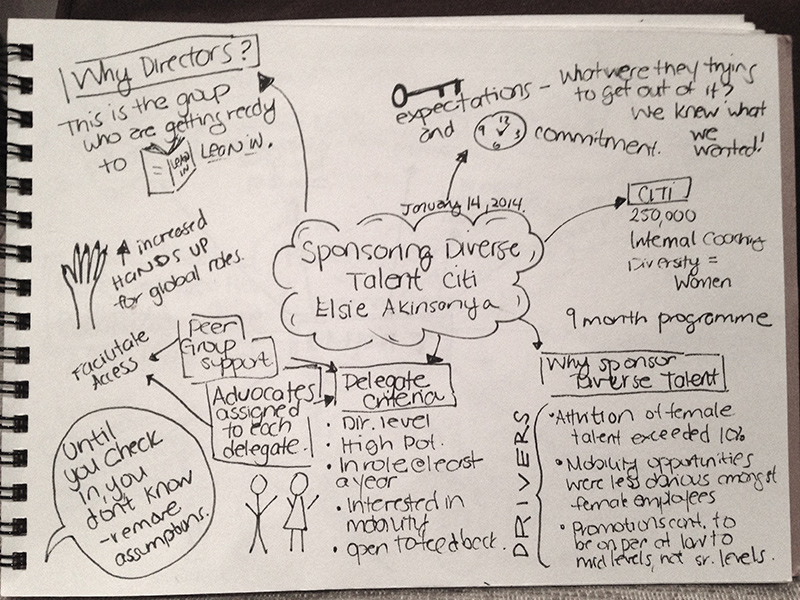 I used to write free-form, just writing in paragraphs whatever comes to mind. And while this was useful for getting stuff out of my head and releasing a bit of pressure, I found mind mapping better for separating things out into different pieces and understanding situations better.

Step #7 – Encourage Yourself To Feel

The next step I encouraged myself to feel through all this stuff.

Any time I felt some feelings well up – even if it was just tension in my chest or throat – I would just sit down with it and close my eyes and breathe into it you know and sometimes those feelings would come out and sometimes they wouldn’t.

But as a man I had been trained my entire life to swallow my emotions, so now I have to encourage my body (or what feels like a younger, smaller little-boy version of myself inside my body that is upset) to feel.

Step # 8 – Reengage With The Person Or Situation

Once I was clear on what was feeling and needing from the situation – I wasn’t a bottled up mess anymore – I then called my friend back.

This step is important for me but a lot of people don’t take it because these conversations can be uncomfortable.

To me is a great opportunity to see what this person’s made of under fire, what their character is like, how emotionally intelligent they are and how much they value my friendship. For example, my closest friends or the guys in my men’s group, I feel like I can bring anything to them and they’ll listen and respond empathetically and intelligently.

These tough conversations can also be an incredible opportunity to bring our friendship closer together.

I called my friend back and I said: “hey man, I want to talk to you about the band”. He said, “yeah sure what’s up?” I said “man I still think it’s the right decision for everyone. I’m excited for you guys, but honestly, I felt a little hurt and sad and angry after I hung up the phone”.

He said, “man I really value you so much and I really value the jam night so much”. He made me feel so appreciated. He addressed all my concerns and it left me feeling great.

Most important, he gained respect for me and I for him, because of how well we communicated through an uncomfortable situation. As a result, our friendship became closer.

It’s learnings like this that I have taken away from men’s groups that made me really want to share how to start a men’s group so I can help others have breakthroughs with their personal growth like I did.

A System For Controlling Emotions

Had I not fallen back onto the step-by-step system to control emotions that you see above I could have done or said things that couldn’t have made the situation a lot worse, potentially affecting our friendship. Instead, it brought us closer together.

This was really impactful and so that’s what I hope you’ll take away from this.

And if you’re curious about being a men’s group with me and a bunch of other great guys you can head over the MensGroup.com and check out one of our men’s groups for free. You can see if a men’s group is a good fit for you.