How often do you call your dad to ask him for advice with fixing something around the house? Or help with building something you’ve always wanted to build? Rob Kenney, the Youtuber who created the channel “Dad do I?” answers these questions for people who do not have a father figure in their lives.

His Dad Walked Out at Age 12

Kenney explained that his father gained custody of his 7 siblings and himself after his parents had a divorce. “When I was 11 or 12 is when my father emotionally checked out, and then he made it official when I was 14 at my little sister’s birthday party, he announced to everybody that he didn’t want to have kids anymore,” Kenney said.

He explains that his uncle stepped into the father figure role for him. His goal for this project is to give back and spread kindness for people who might be going through something similar.

Turning a Rough Childhood Into a Bright Future

Kenney said his childhood wasn’t a walk in the park. He said he remembers his mom struggling with alcoholism, so his dad took full custody of him and his siblings. When Kenney was 14 years old at his sister’s birthday party, his dad announced that he did not want to have kids any longer.

Kenney has two children, Kristine who is 27, and Kyle who is 25. He explains that he knew when he was going to be a dad, he knew exactly what not to do with parenting. “At a very young age, I determined I wasn’t gonna do that, that I wanted to do it the right way,” he said.

Instead of falling into depression or following in his parent’s footsteps, he was there for his children. And he didn’t just stop there, he is there for millions of viewers on his Youtube channel.

Kenney Encourages His Viewers to Step Out of Their Comfort Zone 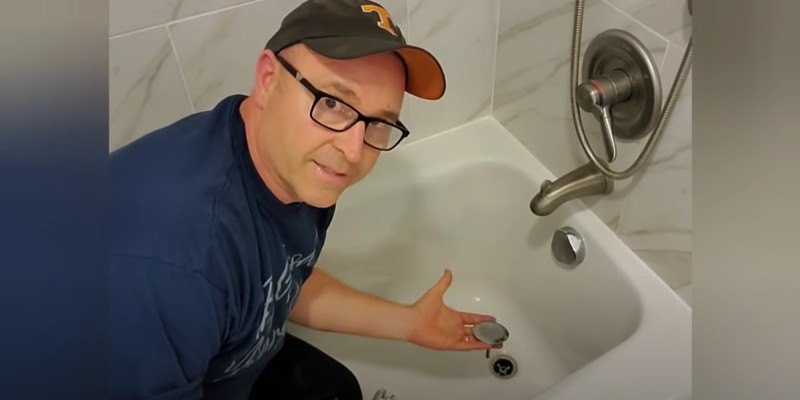 “If you have a talent or something you’ve always wanted to do and the thing that’s holding you back is, ‘What will others think of me?’ Don’t let it. Since I came from a fractured home, I questioned myself a lot. The fear can really be crippling. Just go ahead and do it. Don’t care what other people think,” Kenney said during one of his videos.

Kenney doesn’t just stop his content at “how-to” videos, he gives motivational support, reads stories, and gives life advice. In this video, he explains how thankful he is for his viewers.

Barack Obama Was Raised by a Single Mom

Obama’s father left when he was young, which meant his mom and grandparents stepped in to raise himself and his sister.  “I felt his absence. And I wonder what my life would have been like had he been a greater presence,” Obama said in his speech in the video below.

Knowing the pain of not having a father growing up, Obama made sure his two daughters were well raised with a father who is always there and an education that will get them to where they want to be in life. He said that being a father was “sometimes my hardest, but always my most rewarding job.” This is why Obama stresses the importance of having a men’s group for every men out there.