Researcher, Scott Griffiths discusses muscle dysmorphia, an eating disorder that isn’t as commonly discussed compared to anorexia or bulimia. This disorder is usually suffered by men and Scott believes it has a lot to do with the pressure put on men to be lean and to have large muscles.

Muscle Dysmorphia is a mental disorder that tricks the brain into thinking the person is not fit/toned enough. This disorder can leave people spending most of their lives in the gym, obsessing over their food intake, and never getting to their physical goals-because they are unachievable. Scott said in the video that people with this disorder obsess over their bodies for an average of 5 hours per day. This negatively affects their personal life, career, mental health, and physical health. He said that one of the patients did not attend a friend’s wedding because he was scared that he didn’t know the calories and micro and macronutrients of the food at the wedding.

This disorder has been blamed by the media putting pressure on men to look a certain way. “Boys, just like girls, are influenced by the bodies they are exposed to,” Scott said in reference to Barbies and Star Wars action figures. These toys have unrealistic body types and are given to kids to play with. Scott also says the disorder could be triggered by characters on television, people in magazines, video games, and social media. On the other hand, you might want to learn more about the incredible story of Rich Roll and he got fit after 40. 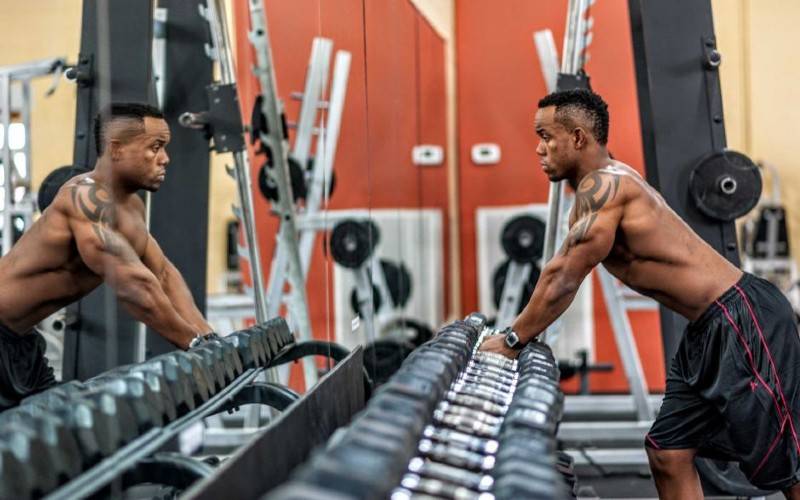 “So what do we do about it? Let’s fight back! Be mad and criticize standards that teach boys and girls that the most important and source of their self-worth is their physical appearance. Let’s celebrate bodies for their function and not just their form. Let’s dismantle the stigma that men and boys don’t care about their appearance because that is patently false,” Scott said.

Another video that touches on the pressure the media puts on men to look a certain way is the video below by Buzzfeed.

Men are asked what they do not like about their physical appearance. They open up and explain their insecurities which are things such as not having toned arms or a flat stomach. These issues sometimes become the main contributors to male loneliness.

Next, they are asked to look for a picture to recreate. They have a picture taken of themselves in similar clothes and similar poses like the celebrity, and then they are photoshopped into a similar body type that the celebrity has. One Buzzfeeder chose the Calvin Klein ad of Justin Beiber that was heavily backlashed by the media because of how much photoshop was used.

After seeing their before and after pictures, most of the guys were thankful for their current body type and also saw flaws with the photoshopped picture of themselves. “If I wanted to look like this and have my job, and spend time with family, there’s just not enough hours in the day,” One of the guys said. So if you need advice and guidance to ease your problems in life, you should join Men’s Group now.